In memory of Brigadier Hank Bowen

Trust supporter Brigadier Hank Bowen sadly passed away earlier this year.  During the course of his distinguished Army career, he was awarded an OBE and an MBE.

Having been commissioned as an officer into the Corps of Royal Engineers in 1949 and in 1953, he volunteered to join the Gurkha Engineers. One year later, he accompanied the regiment to Malaysia where he took on the duties of Intelligence Officer and Adjutant.

In 1958, towards the end of the Malayan Emergency, he returned to England to instruct at Sandhurst. He was awarded his MBE later that year.

He took 68 Independent Gurkha Field Squadron to Brunei and, during the next two years, they deployed to Borneo three times.

After a staff appointment in Norway at HQ Allied Forces Northern Europe, he returned to the Gurkha Engineers as regimental second-in-command to oversee the move of the Gurkha Headquarters from Malaysia to Hong Kong. 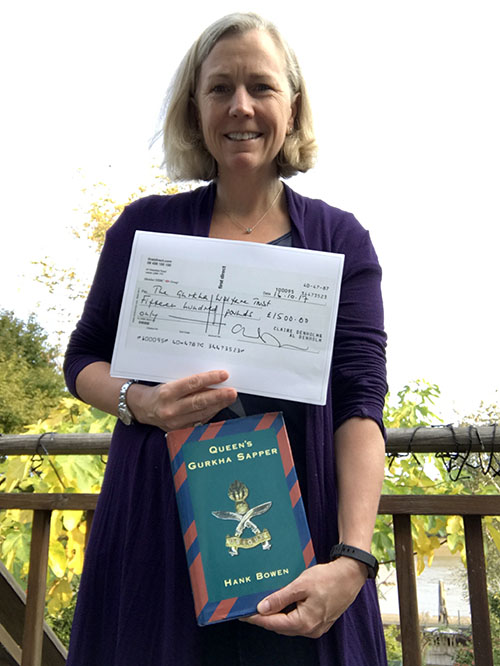 The title is available to purchase on Amazon.

In Memory of a heroic soldier

As a proud Gurkha Welfare Trust supporter, Brigadier Hank’s family and friends thought it appropriate to honour his legacy with a donation to the Trust. At a Thanksgiving service to remember him and celebrate his life they collected an incredible £1,500.

This money will go towards providing vital medical equipment at our medical clinics in order to treat Gurkha veterans and their families in Nepal.