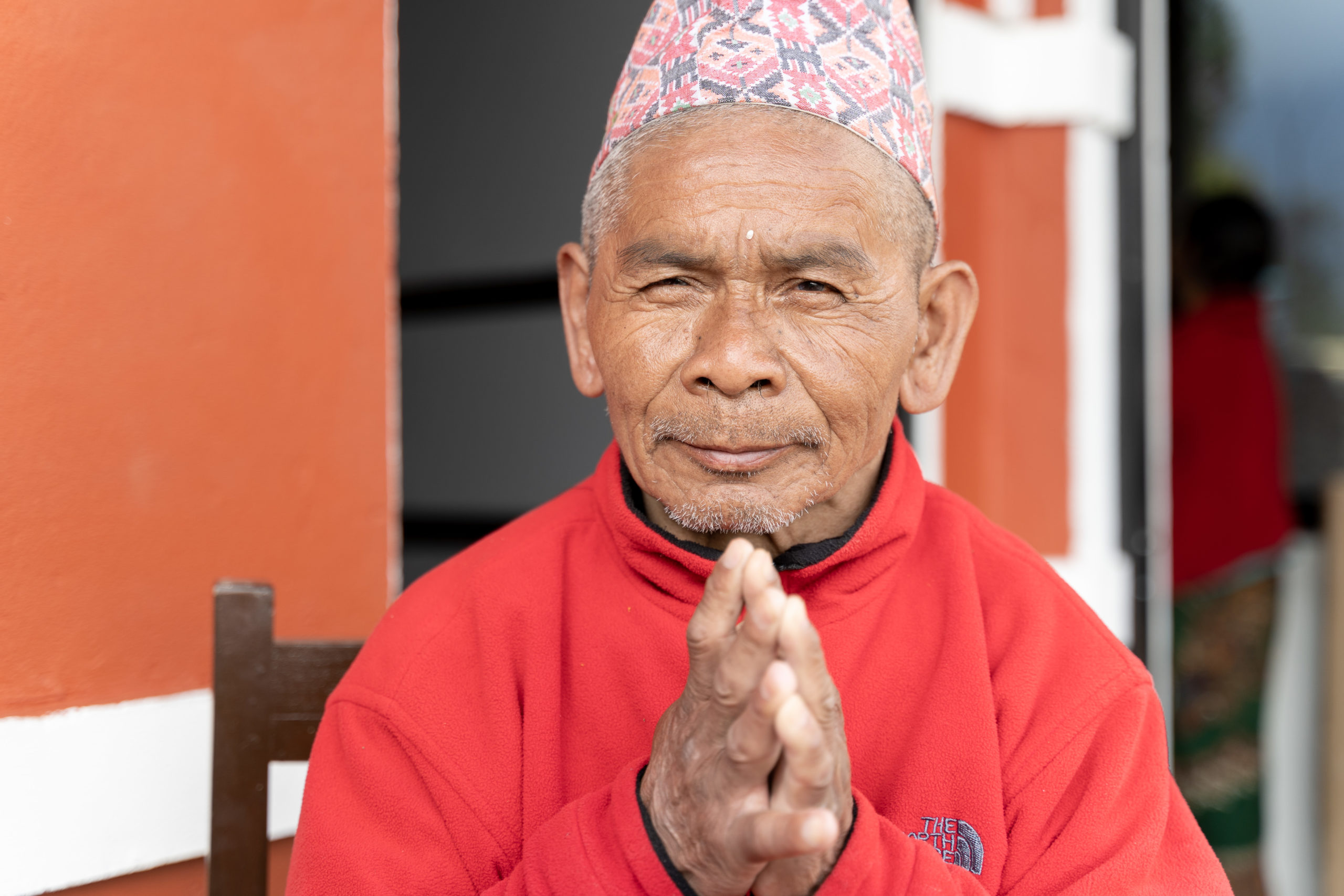 Kalu Gurung is the son of late Rifleman Padam Bahadur Gurung of 4/2 Gurkha Rifles. He lives in the small village of Bansar in Lamjung. Kalu’s father was recruited into the British Army in 1940 and discharged six years later without a pension. He received a monthly pension from The Gurkha Welfare Trust which enabled him to support his wife and seven children.

After Padam’s death in 2001, the pension was transferred to his widow, but she sadly passed away in 2006. Kalu has been unable to hear or speak since birth and as he was unable to earn a living on his own, GWT continued to support him by providing him with a monthly Disability Support Grant.

A lifeline for Kalu and his family

Since their mother died, Kalu has been looked after by his elder brother, Nanda Ras. 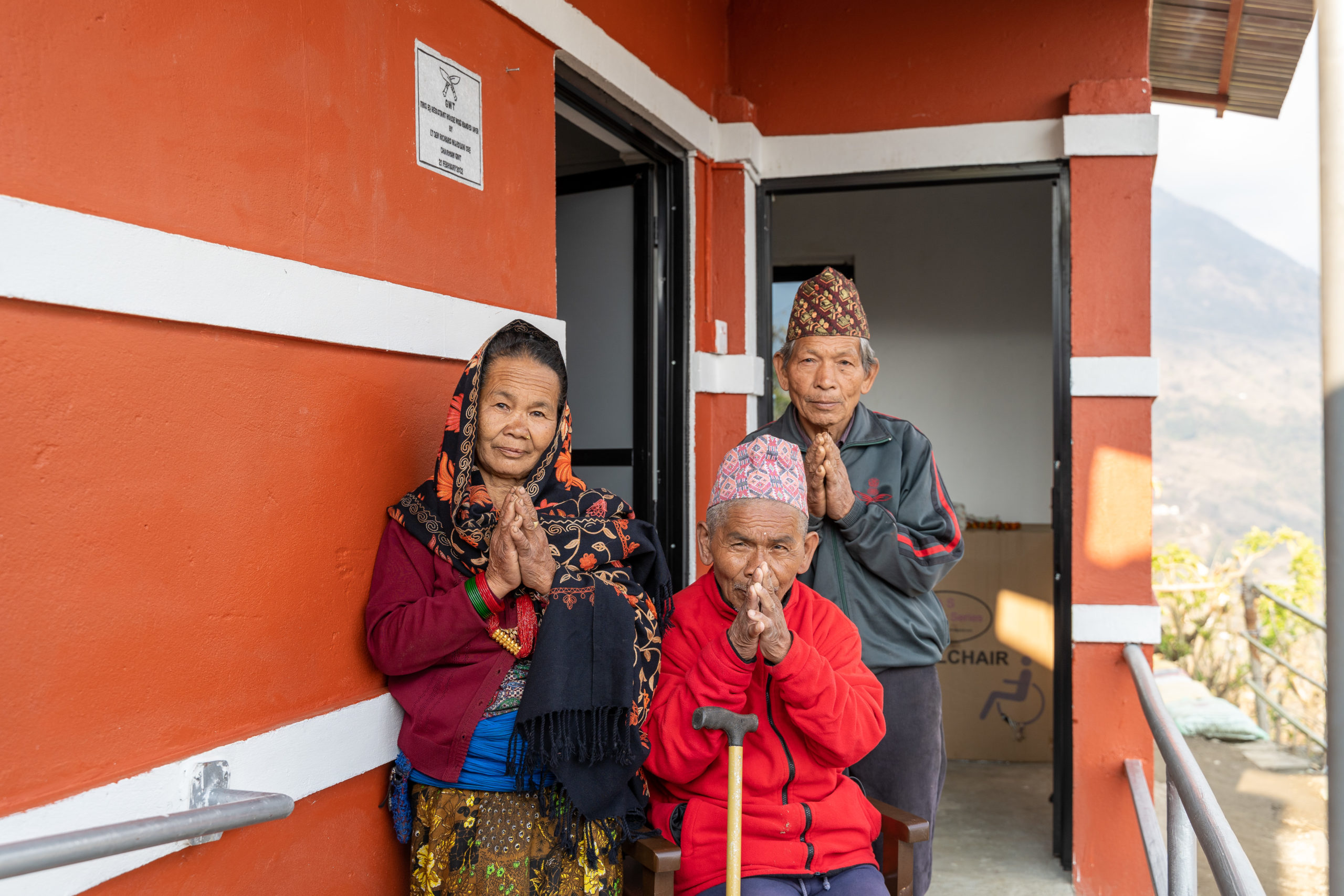 Kalu pictured with his brother and sister-in-law.

“Both Kalu and my youngest brother, Aita Sing were born deaf. Our father had registered Kalu and Aita Sing with the GWT as ‘disabled’ so I put forward an application. The application for Disability Support Grant was duly approved. This is a lifeline for Kalu and the whole family too. He could not have been able to earn a living and we, being poor, would have been in a very difficult situation to provide him with continuous support.”

Nanda joined the Indian Army, and after he left, returned to the village where he is dependent on subsistence farming.

“I do not have a stable source of income so supporting Kalu and Aita Sing would have been very difficult. Whatever GWT provides for Kalu lessens the burden on me too.

“Kalu used to live in a small shed made of wood and CGI sheet. His health condition started deteriorating about two years back. He became weak and was unable to walk. We had to carry him to the toilet. The mobile nurse at AWC Lamjung recommended that he be checked upon by a GWT physiotherapist. When the physiotherapist came to visit him here, it was discussed that he should be taken to Pokhara for further treatment.” 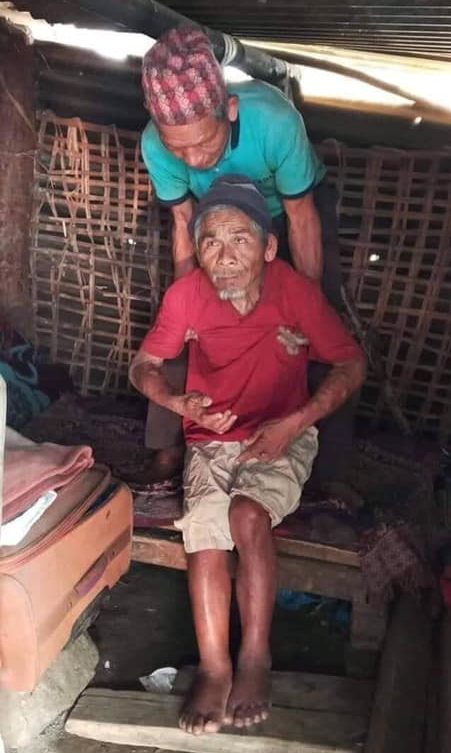 Before Kalu stayed at our Residential Home and received rehabilitation therapy, he could not walk on his own.

In April 2021, 71-year-old Kalu was admitted to our Residential Home in Kaski for rehabilitation.

During his stay we provided continuous care and support, focusing on nutrition, hygiene, exercise and therapy. Kalu loved getting involved in social activities with other residents at the home. His health improved, he was able to move around with the help of a walker, eat by himself, and regained his regain bowel and bladder control. 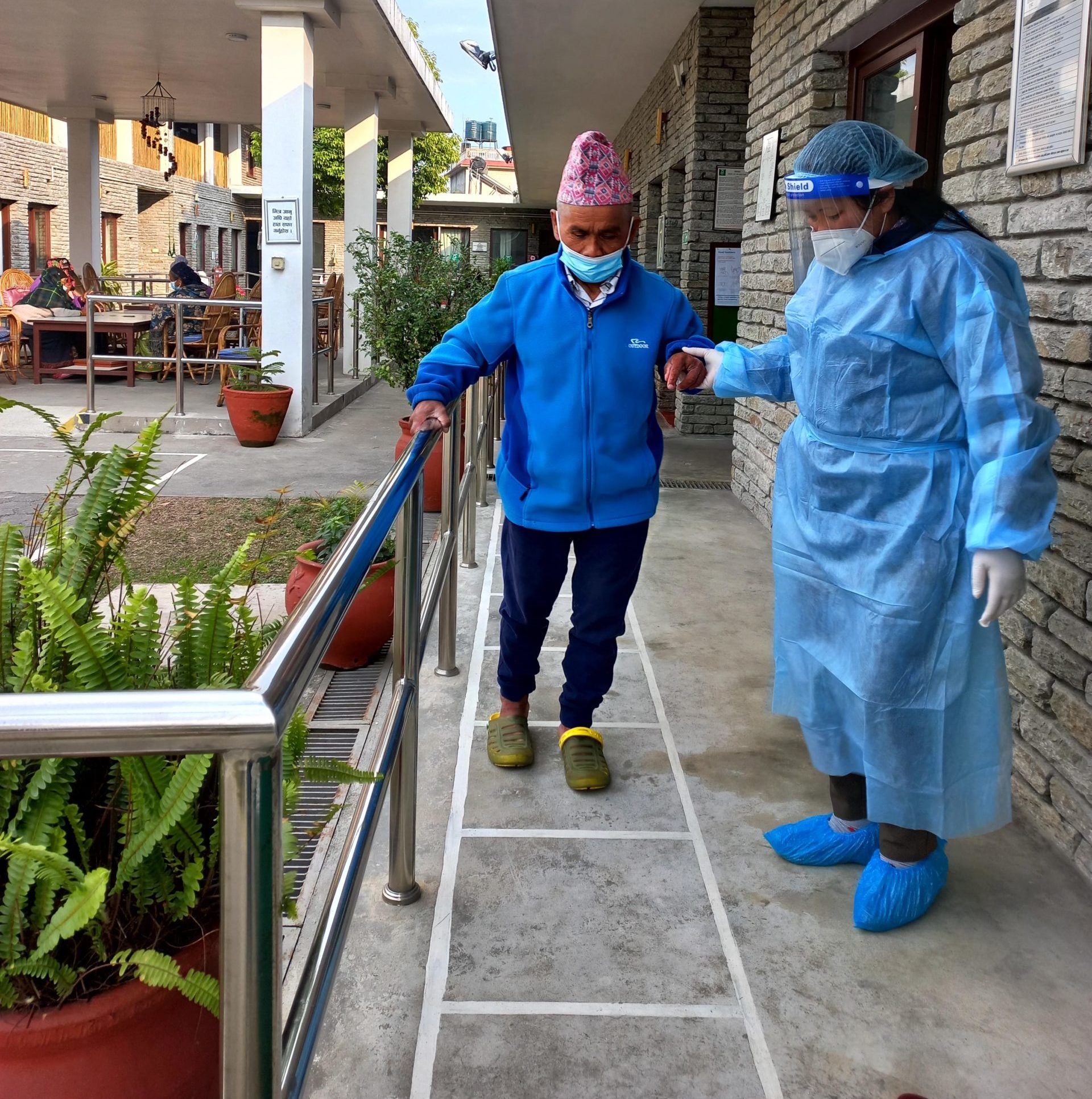 Kalu in rehabilitation therapy at our Residential Home.

It was a long journey, but after 11 months of rehabilitation, Kalu was fit enough to return home. His family members and the whole village were stunned by the improvement in his health.

“I had thought it was very unlikely that he would recover, I had thought he was not coming back when the GWT team came to pick him up,” said Nanda. “But, on the day when he returned and I saw him walk, I was very happy! I was amazed to see the recovery and transformation that the team was able to make. All the staff involved have helped us a lot. I would like to give them many thanks.”

Kalu is delighted with his new home

While Kalu was in care we commenced construction of a new earthquake-resilient house for him. We have a new design for a one room house with an attached toilet and a kitchenette suitable for beneficiaries with disabilities. There are fixed railings around the house and inside the rooms so that our pensioners can easily walk around. When the house was ready, Kalu was able to return to his village and his new home. 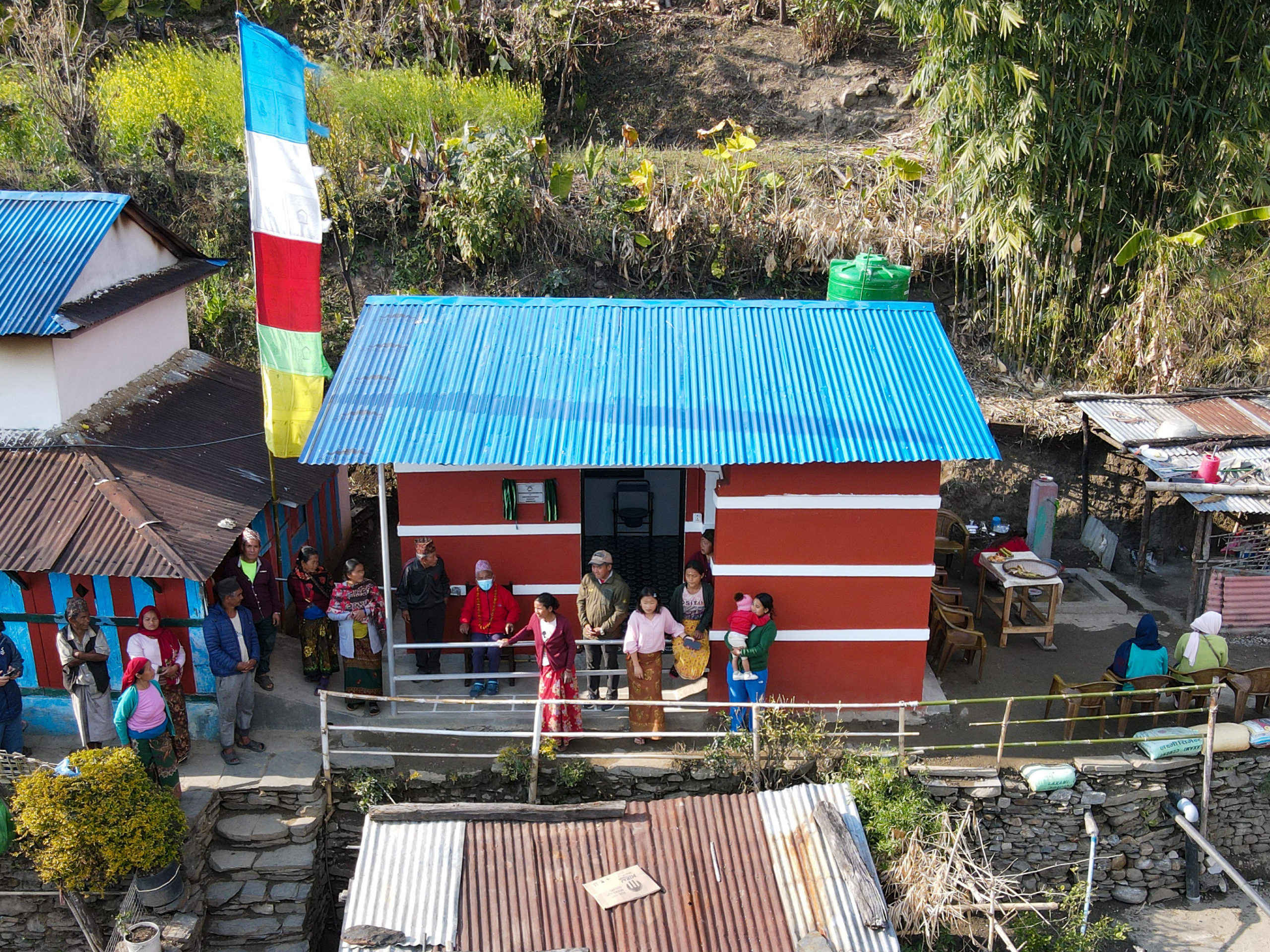