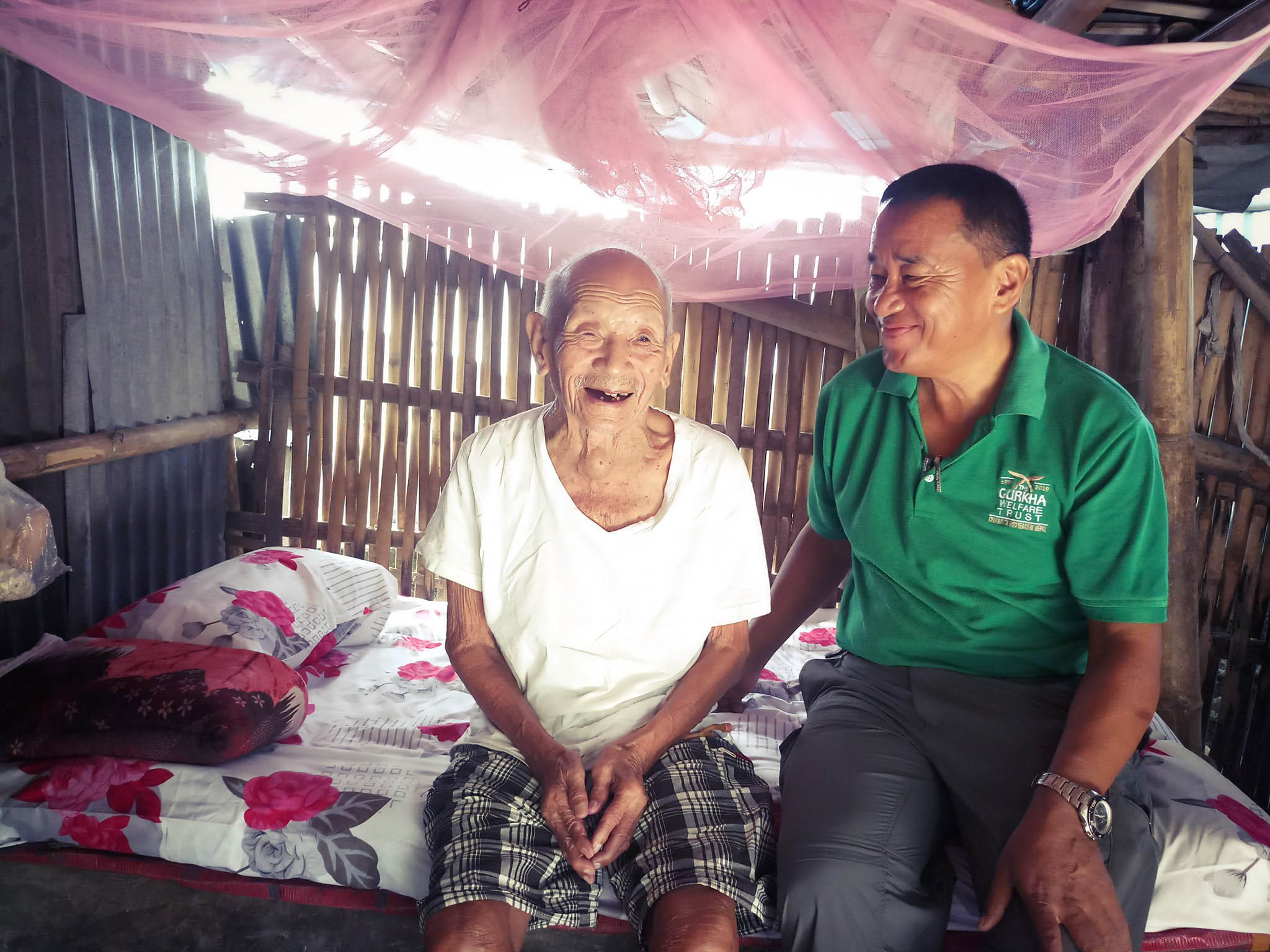 “My Army number and my name is the reason why Britain is looking after me. Yes, I know my Army number, there is no way I can forget it. It’s 80687 RFN Indra Bahadur Rai.”

Gurkha veteran Rifleman Indra Bahadur Rai recently turned 100 years old. Despite his age, he has no trouble in understanding and replying to our questions and maintains a sharp mind. He does however have trouble with his eyesight – a persistent issue which means that these days everything appears as shapes and shadows to him.

“When I was in the army, I used to see everything but now I don’t know what happened. My vision started deteriorating when I was in my forties.”

What he lacks in sight, he certainly makes up for in wisdom.

“I think about the universe sometimes, nothing is immortal, I also think about the trees and leaves they also fall down, die, humans are also the same. It’s the age. At a certain age you think and feel like you never die, you think you will stay the same but that’s not possible.”

The bravest of the brave 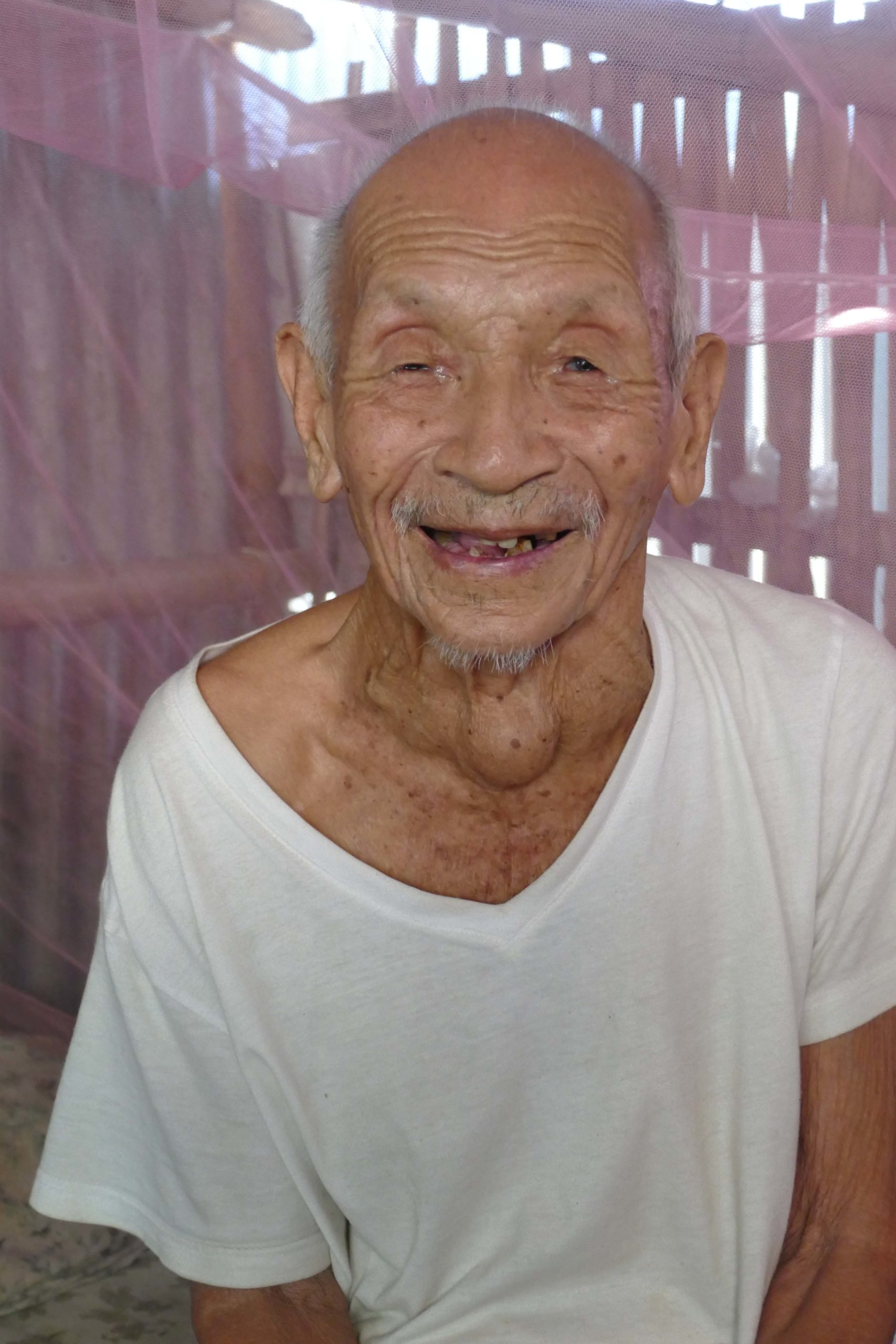 Indra was one of four cousins who were recruited into the Army in the throes of World War Two. Tragically, he was the only one that made it out alive. His recollection of that era is vivid – and he tells stories which outline just how brutal his time as a Gurkha was.

“We did a lot of hard work in the Army days. We had to jump from great heights and pass the obstacle courses. Soldiers had to jump from a plane to the place where the enemy was. Some died in the course of jumping, some landed in the jungle. Those who landed safely had to fight. A big umbrella kind of thing used to pop up after jumping from a plane, if that thing opened then you’re safe. If not, then you had no chance of survival.”

“If you survived the war, you come home, if not then that’s the end for you.”

“At that time, planes used to drop rations in different areas. The enemies wouldn’t let us bring rations. They used to try to stop planes bringing rations by trying to shoot them or the ration crates. If the ration dropped safely then during night-time when it was dark, soldiers had to bring the ration without being spotted by the enemy. There was an incident were we nearly died because our ration had been stopped by the enemies. We had to survive on peanuts for almost two weeks, because of that we had diarrhoea which almost killed us but luckily our ration came on time and we survived.”

“It was really difficult back in those days.”

After the war was over, Indra returned to Nepal to work as a farmer, ploughing fields and looking after cattle.

Support from The Gurkha Welfare Trust

Indra lives in Dharan (east of Nepal) with his daughter and grandchildren. Indra’s daughter is a full-time carer for him and therefore receives our Home Carer’s Allowance, a grant we give to family members who care full-time for Gurkha veterans or widows.

Ineligible for an Army pension, Indra himself receives our monthly Welfare Pension, which his daughter collects for him from our Welfare Centre in Dharan. Our doctors also regularly visit him at his home to check his health and give him medicine.

“My [Welfare] Pension has been a life saver for me.”

“The Gurkha Welfare Trust has done a lot for me. They have given me a radio, a blanket, jacket, gave money to eat, medicines… At least I don’t have to stay hungry.”

Having suffered partial starvation in his service as a Gurkha, he makes sure he always has enough to eat now, thanks to the help we give him:

“I know biscuits are not good for me but I love eating things that are sweet. Every day I eat a little bit of honey and ghee which I like very much.”