For over 200 years Gurkha soldiers have fought alongside those of the British Crown. Having first entered service with the Honourable East India Company in 1815 they still serve in the British Army today, but along the way there have been many changes to their structure.

Here’s our simplified guide to the Brigade of Gurkha’s complex regimental system. 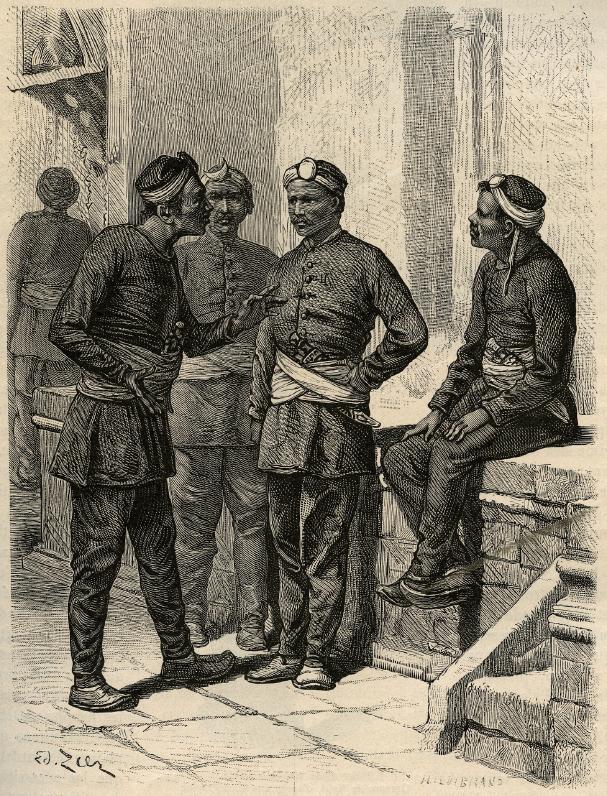 During the Anglo-Nepalese War (1814–16), the native soldiers from Nepal made an impression on the British. Originally raised by King Prithvi Narayan Shah from the fortified kingdom of Gorkha in Nepal, the derivative ‘Gurkha’ became the common name for these warriors. The British began to recruit Gurkhas into the Honourable East India Company Army and subsequently into the British Indian Army. From this original group of soldiers came, with others, what was called the Nusseree Battalion, later known as the 1st King George V’s Own Gurkha Rifles.

Between 1815 and 1914 there was massive expansion of the enlistment of Commonwealth soldiers and many more Gurkhas were also signed up. Over time, the Gurkha regiments were increased in number and were given numerical titles, numbered from 1 to 10.

Collectively, these ten regiments were known as the Gurkha Brigade and from an operational perspective took their place within the Indian Army’s order of battle and served in different military formations. 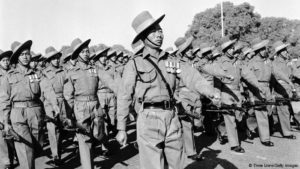 During the First World War, the Gurkhas gained a short-lived 11th Regiment (1918–1922). During this time the number of Gurkha battalions was increased to 33.

Prior to the First World War the ten Gurkha regiments each had two battalions, however, to help cope with the demands of the Second World War, the Nepali government again allowed an increase in the recruitment of Gurkhas to enlarge the number of battalions in British service to 43.

In 1947 as part of Indian independence, the original ten regiments were divided up, with four transferring to the British Army and six remaining part of the Indian Army. Four Gurkha regiments now known collectively as the Brigade of Gurkhas remained in active service in the British Army until they merged to form The Royal Gurkha Rifles in 1994.

As well as the following Regiments:

The Queen’s Gurkha Engineers, which includes:

Band of the Brigade of Gurkhas 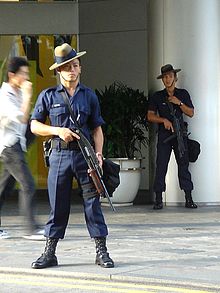 The Gurkha Contingent (GC) of the Singapore Police Force was formed in 1949 from selected ex-British Army Gurkhas. Their principal role is that of riot police and they are often utilised as a reaction force.

The Gurkha Reserve Unit (GRU) is a special guard in the Sultanate of Brunei. The Brunei Reserve Unit employs about 500 Gurkhas, the majority of whom are veterans of the British Army and the Singaporean Police Force, who have joined the GRU as a second career.