Bringing water to every family in Gaduwa 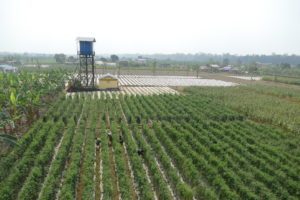 Imagine having to go out with a bucket to collect water before you could make a cup of tea or clean your teeth in the morning. In rural Nepal many people do not have easy access to clean, safe water, one of the most basic necessities of life.

Our water projects pipe water to remote villages in Nepal and install tap stands for every household, bringing clean water right to their doorsteps. We visited Som Bahadur Tamang to find out how one such project at his village in Chitwan has benefited his family and the entire village. Som’s father Rifleman Ram Bahadur Tamang, a Gurkha veteran, died many years ago, and his mother Devi received a pension from The Gurkha Welfare Trust until she passed away three years back.

“My mother has been getting a welfare pension since a very long time ago. She also got to see the completed water project and got to use the water from this project for a couple of years. She was very happy.”

The struggle to fetch clean water 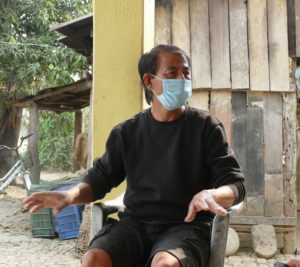 “Before GWT built this water project there was so much problem. There was no water tap in this area. People from this village used to collect water from wells. It was especially difficult in the summertime. We had to dig up wells in different areas and for that we had to call skilled people. They would charge about 5-6 thousand rupees. Despite paying them a good amount of money, the well would dry up quickly.

“So, the people over here had to go and fetch water in nearby rivers. We had to wake up at four in the morning and walk about 30 minutes to one hour just to fetch water. We also had to go to rivers to take a bath and to wash clothes.

“There were wells at the side of roads. Vehicles when passing from that road used to blow away dust which used to dirty the water. Three months of the summer season was really difficult.”

The challenge of bringing clean water to Gaduwa 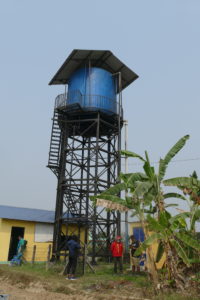 Due to the difficulty of reaching a clean water source, the project involved drilling down to reach water, and installing an overhead water tank. However we achieved this monumental task and now each household has a tap supplying clean water right to their doorstep.

Initially some villagers had doubts about the project, but Som has been a great advocate for its success. Som said it was because of his father and his service with the Gurkhas that people in the village came to know and respect his family and listened to Som’s advice. With his support and through education from The GWT, villagers came to understand how the project would transform their daily lives.

“During the initial phase of the project, nobody knew about deep boring. They thought no organisation was capable of doing such a big project. They didn’t support us in the beginning. Staff from GWT came and explained to all the villagers and convinced them about the benefits of this project. After the project was successful, all the doubts were cleared.

“After seeing this project, people from other villages also asked for water. I have again filled out a form requesting GWT for a water project in another village.”

Reducing the burden on women

Supplying clean water to the village has reduced the burden on women who traditionally spent hours every day collecting water and doing household chores.

“I used to bring in two buckets in the morning and two in the evening,” Som’s wife explained. “During summer, the water used to be yellowish. My children had white school uniform and while washing their clothes with that water, it used to turn their uniforms yellow. We were also not able to grow crops due to insufficient water.

“It was really difficult. My kids were small at that time. I had to carry them as well as the dirty clothes and go to river to wash them.

“Now, it’s very easy. I can now cook and fill my water bottle at the same time. We don’t have to constantly think of water and think on how to get it.” 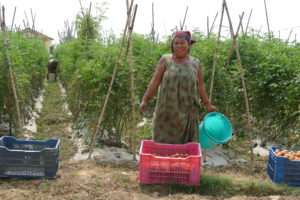 “Now all we have to do is turn on the tap”

The completed project in Gaduwa supplied water to 168 households, benefiting 970 people. Not only do they have clean water for drinking, cooking and washing, but they can also use a simple irrigation system to grow vegetables. This enables them to produce crops through the dry season and maintain a healthy diet.

“The first thing in peoples’ minds as soon as they woke up was to fetch water because even to brush your teeth you need water,” Som said. “Water is one of the most basic things and the most important. Now as soon as you wake up you can freshen up, do other work and the best thing is, to get water, all you have to do is turn on the tap. It’s that simple now.

“So, thank you very much to the donors and GWT for providing us with water in such a place and making all of our lives easier. We can’t give you anything in return except blessing and good wishes.” 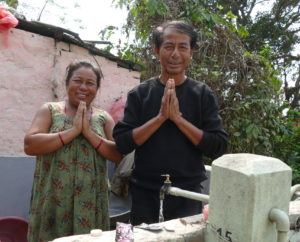