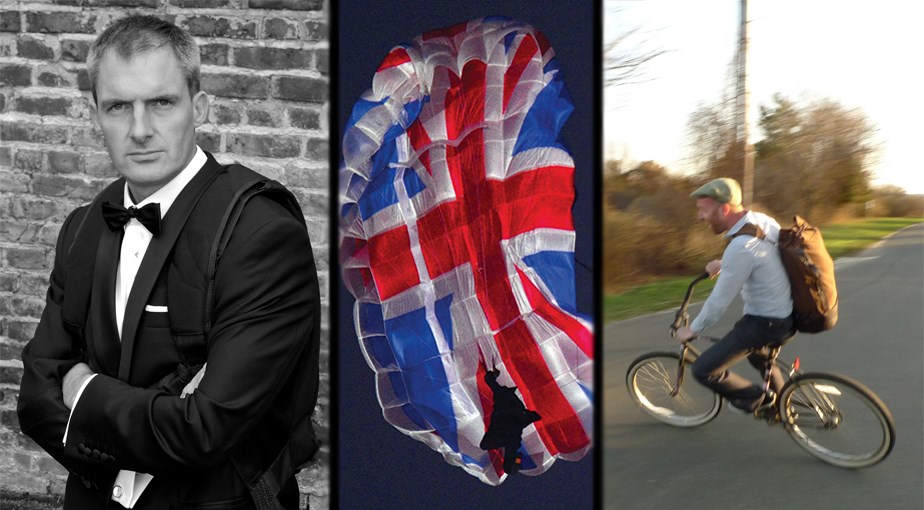 James Bond parachuting into the Opening Ceremony of London 2012 with HM The Queen was one of the iconic moments of the Olympic Games. At the time the UK press labelled it as “unlike anything Britain or the World has ever seen”.

Mark Sutton was the brave man under the canopy who amazed millions as James Bond that evening. What people didn’t know was that as Mark jumped down to the Olympic Stadium, he recorded the entire thing in footage that has remained unseen by the public… until now.

A mission in memory

At the same time as Mark’s death, his cousins Paula and Jonathan were going through a trauma of their own: their brother Tim was fighting a stoic battle with cancer. He passed away a few months after Mark. Losing both Mark and Tim so close together was doubly dreadful for the entire Sutton family and friends.

Team Voltrek1000 is made up of Mark’s brother Steve, along with Paula, Jonathan and several close friends. In memory of Mark and Tim, in June 2016 the team cycled the 1,000 km from Mark’s home in Shere to his place of death near Chamonix. They managed to raise over £30,000 for the Trust’s earthquake response.

Mark and Tim would have loved the idea: a tough physical challenge with a bunch of friends for an outstanding cause. 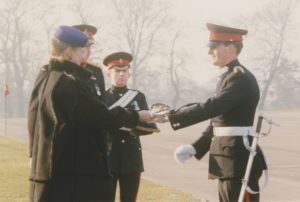 Mark led an action-packed life. Once a soldier, he won the Sword of Honour whilst at Sandhurst and went on to serve for several years with the Gurkhas.

He had a huge affection for these hardy, loyal and ever-smiling comrades and their homeland, Nepal.

Mark was a great supporter of the Trust and the Voltrek1000 team want to continue that legacy. You can still support their mission via their JustGiving page or find out more on the Voltrek1000 website.

GWT Vice Patron Joanna Lumley has been a keen supporter of the team, saying: “I cannot think of a more generous and glorious way of remembering Mark and Tim than this ambitious and insanely energetic bike ride.

“On behalf of the Trust I want to say how hugely appreciative we are; the money raised will support our old Gurkha soldiers and their communities in Nepal, who need our help now more than ever. So many were affected by the recent earthquakes and this will help them to recover and rebuild.

“I send a million thanks, and encourage everyone who reads this to send something, to honour the memory of Mark and Tim, to help the Gurkha veterans and their communities and to encourage our saddled heroes who undertake the challenge ahead.”