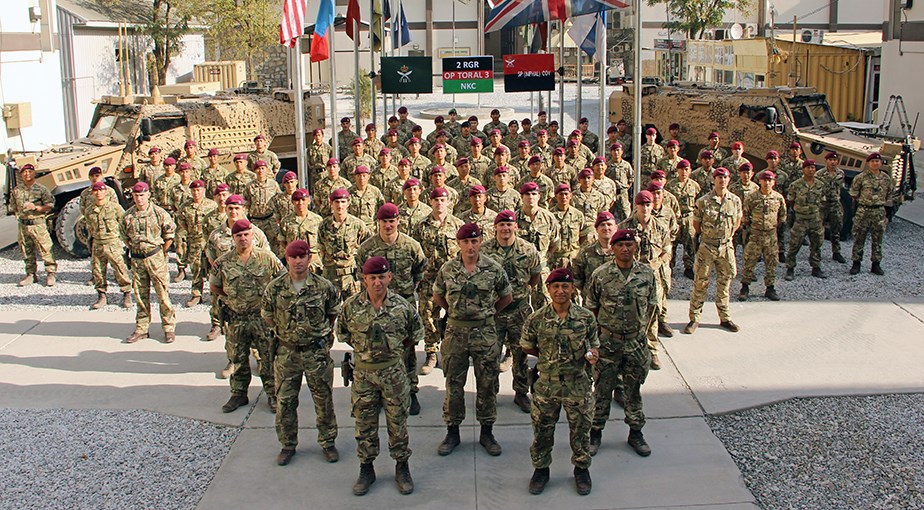 For most of 2016, soldiers from 2nd Battalion The Royal Gurkha Rifles (2 RGR) have been providing force protection support to NATO personnel based in Kabul.

This month, a flag changing ceremony officially marked the end of their eight-month tour as they handed duties over to 1st Battalion The Royal Irish Regiment (1 R IRISH).

During the ceremony, Lieutenant Colonel Jamie Murray, Commanding Officer 2 RGR, expressed his thanks for all the help and support that he and his troops had received during their deployment. Working at the heart of a multi-national NATO force, the Gurkhas have built strong friendships with Afghans and Coalition partners alike.

“2 RGR and 1 R IRISH know each other very well, we have served together many times in the past. We in The Royal Irish know well the fearless fighting quality of the Gurkha Soldier. It is that same professionalism and devotion to duty that has been clear in maintaining such a superb reputation here.” 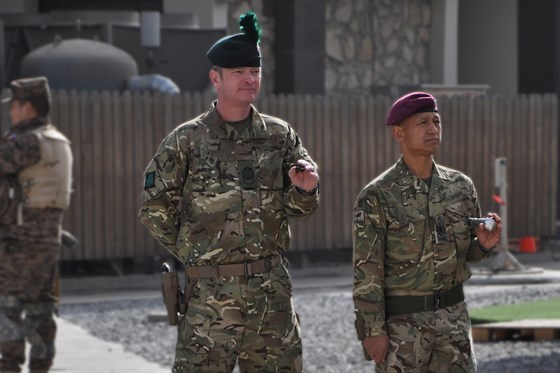 The soldiers of 1 R IRISH were welcomed by Brigadier Ian Thomas OBE, Commander of the Kabul Security Force, who said:

The Gurkhas have taken forward the jersey, and have certainly improved the situation in Kabul.

“The Royal Gurkha Rifles have proven to be great ‘team mates’, working exceptionally well with our allies and partners here in Afghanistan.

“I wish The Royal Irish the best of luck during their time in Kabul.”

The Brigade of Gurkhas continues to play an integral role in the British Army, who recently announced that the unit would be expanding over the coming months.

It’s a reflection of the dedication, courage and skill that Gurkha soldiers have displayed for over 200 years. Find out more about how we’re helping aged veterans and their widows who are now in need of our support in Nepal.