Similar to the UK, Nepal has been in lockdown since 24th March.

Due to the swift and effective actions of its government, limiting movement and enforcing quarantines, the spread of COVID-19 in Nepal has been slower than neighbouring countries. That said, the risk is high and the risk to our Gurkha veterans and widows even higher, due to their age and their health.

Should the worst happen and numbers drastically increase, the consequences could be devastating given the poorly-equipped healthcare facilities and the lack of medical infrastructure in-country. With hundreds of Gurkha veterans and widows in their 80s, 90s and even 100+, they are particularly vulnerable to the effects of the coronavirus.

Chitwan, located in the south of Nepal, was one of the first areas of Nepal to be affected. Our Chitwan team look after 220 Gurkha veterans and widows, regularly delivering financial aid and medicine to their homes in Nepal’s humid Terai region bordering India.

The Nepal government have banned all movement across the country, however, because we are delivering essential medicine and PPE, we’re allowed to drive to the homes of the vulnerable Gurkha veterans and widows we look after. Whilst we normally deliver three months-worth of financial aid to our pensioners at a time, we’re currently delivering five months-worth, due to the uncertainty of the country-wide lockdown.

Madan Kumar Pulami is one of our Medical Health Practitioners from the Chitwan area. He’s been visiting Gurkha veterans and widows via motorbike. He’s finding it somewhat difficult to check up on them using a no-contact method, however, continues to deliver the life saving medicine they rely on.

“In the current situation, even though we are able to deliver medicine, we are not able to check up on them completely as we are following no-contact method.”

“We aren’t able to take their vitals or carry out any procedural treatments because that could lead to us getting infected ourselves. ”

Although Madan’s already difficult job has become even more challenging, the response from the veterans and widows he’s looked after has kept him going:

“It is an overwhelming feeling you get when you see happiness and satisfaction in the face of those vulnerable veterans and widows.”

Madan has faced great difficulty reaching our pensioners, not only from police restrictions, but from villagers too. Some people have used tree trunks and signs to stop people entering their villages. Madan has tried to find a way around this, in the safest way possible:

“We did cross that log, it wasn’t very difficult but just ahead, there was another one . So we decided to park our bikes and walk.” 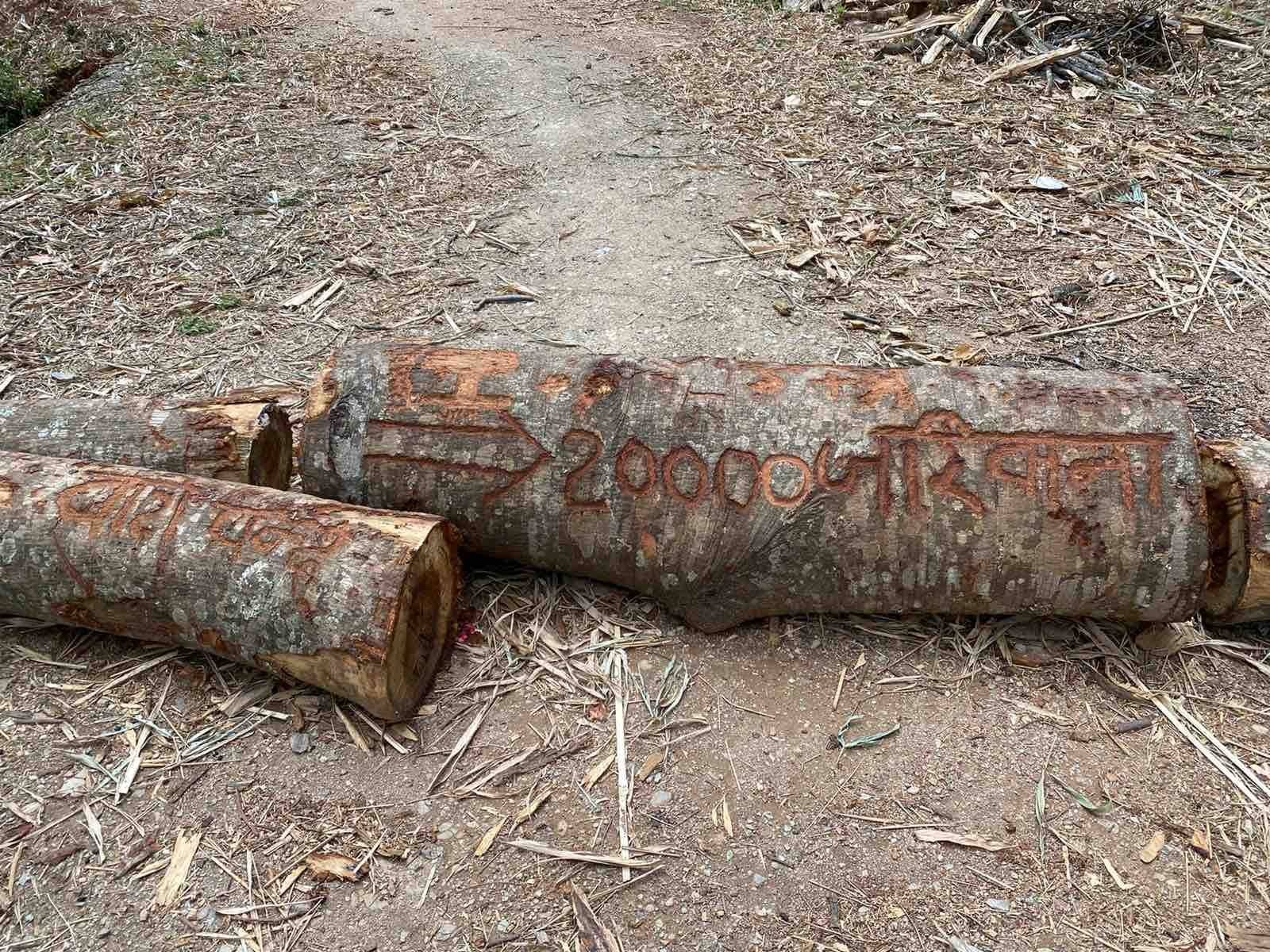 One sign even said “If any outsiders enter the village – you will be fined 20,000 rupees”.

This wasn’t the first time Madan had experienced a road block:

“I haven’t seen many in urban areas but in the villages, people have become very conscious and probably very concerned so they have set up these road blocks in numerous places.”

“While we have been showing the letter given to us by the government and we are allowed to move freely in urban areas, it doesn’t work quite well in the villages.”

“It all comes down to convincing them ourselves by telling them what and for whom we are here. So far, the villagers have let us in after some conversation.”

Khemraj Maden is our Area Welfare Officer at Phidim, one of our most remote offices in eastern Nepal. He’s been working for The Gurkha Welfare Trust for nearly two years.

A Gurkha veteran himself, Khemraj comes from a long line of Gurkha family members. Not only did his father, uncle and great uncle serve in Malaya and Hong Kong, but his grandfather served in World War Two.

“I feel like connected with this organisation historically, culturally, geographically and ethically too.”

“The best part of my job is serving the old and vulnerable pensioners. I feel as if I am serving my own parents who passed away a few years back. You feel so emotional when you hold pensioner’s hand to get his/her thumbprint. At that moment you wish you had your mum or dad alive receiving his/her pension.”

“Balancing between leaving the family in the UK and carrying out social work back in Nepal is quite challenging.”

“I always wanted to do something good towards society when I grew up, this is probably because my childhood schooling was done through a scholarship from a remote district of Taplejung and I wanted to pay back.  It would be my selfless service to our people and the communities I am currently serving. “