Prince Charles and the famous Gurkha

As Salisbury celebrated a visit by Their Royal Highnesses Prince Charles and Camilla today, it was a special moment for Trust staff member and Gurkha veteran Major Bishnu Pun. 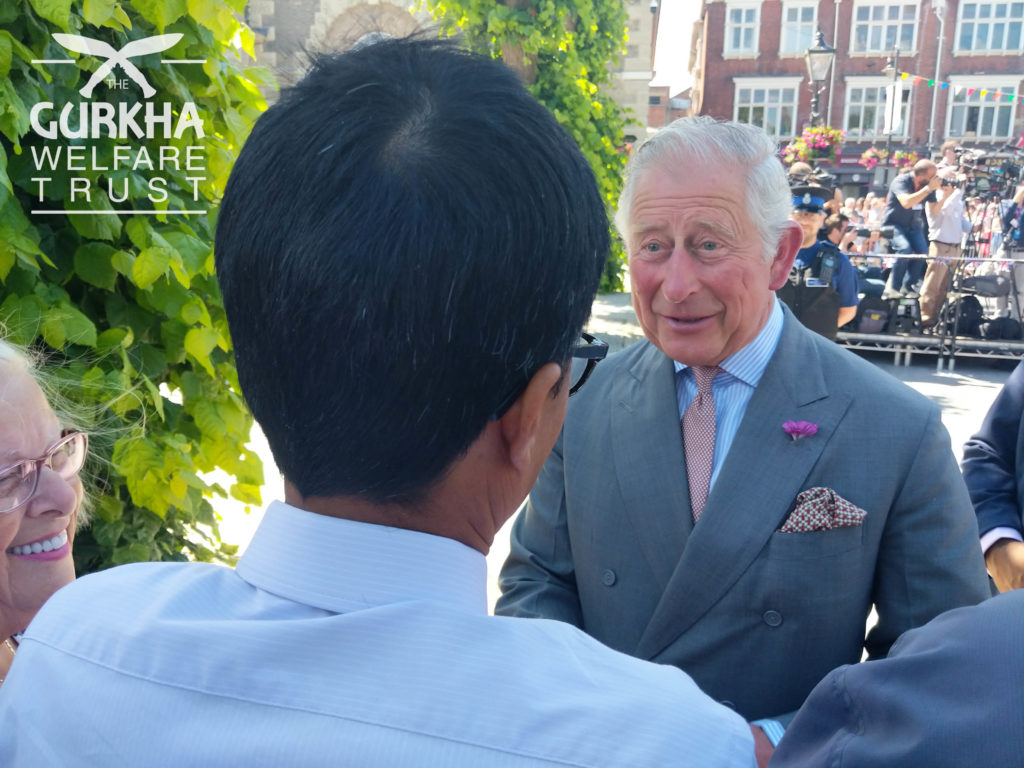 “I don’t believe it” the Prince exclaimed “How are you?!”

Bishnu has a long history with the Royals. As well as serving as a Queen’s Gurkha Orderly Officer in 2001/2, where he would escort the Queen to royal functions, he also previously served as an Orderly at The Prince of Wales’ household. In 1991 Bishnu hosted a young Prince Harry during his father’s visit of the 2nd Gurkha Rifles and has enjoyed meeting him a number of times since. 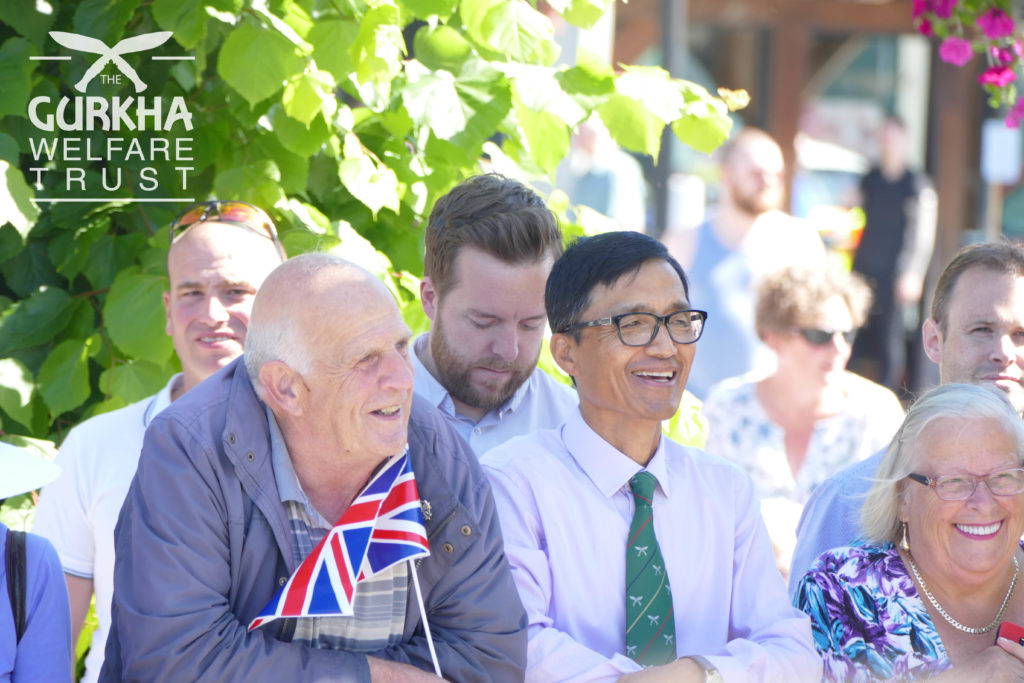 Stood in the sunshine today, The Gurkha Welfare Trust Patron Prince Charles saw Bishnu in the square and made a beeline for him. “I don’t believe it” the Prince exclaimed “How are you?!”. 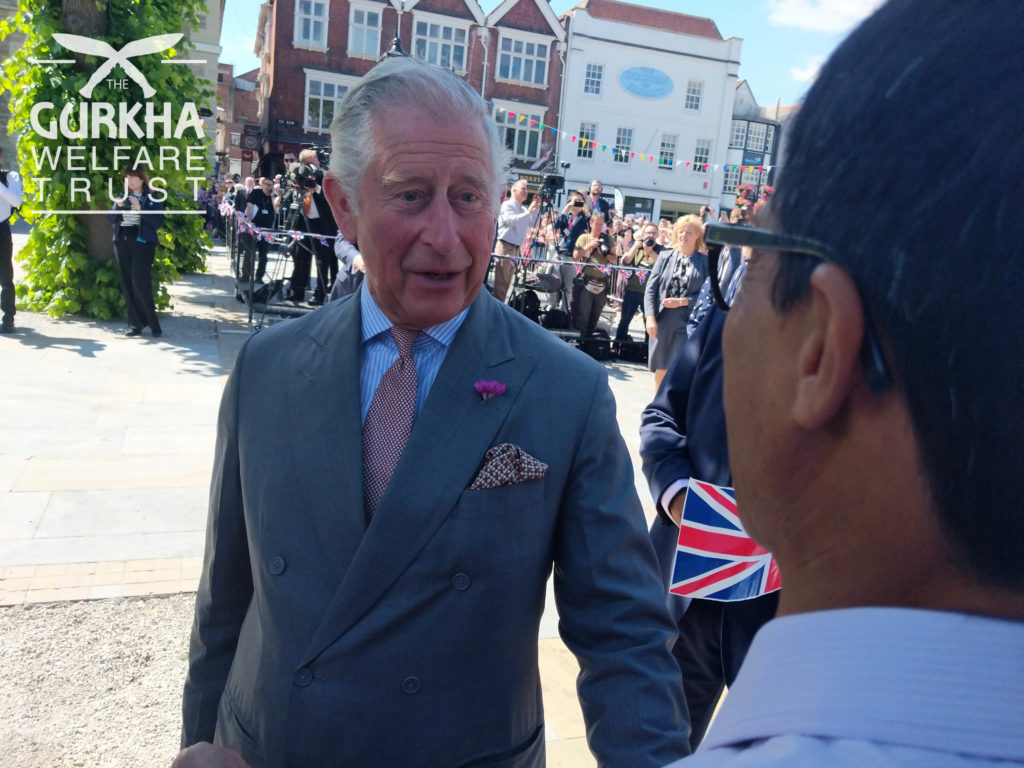 Bishnu has had a long history with the Royals

The two reminisced on Bishnu’s time serving under His Royal Highness before the Prince introduced Bishnu to Camilla, describing him to her as “a famous Gurkha”. 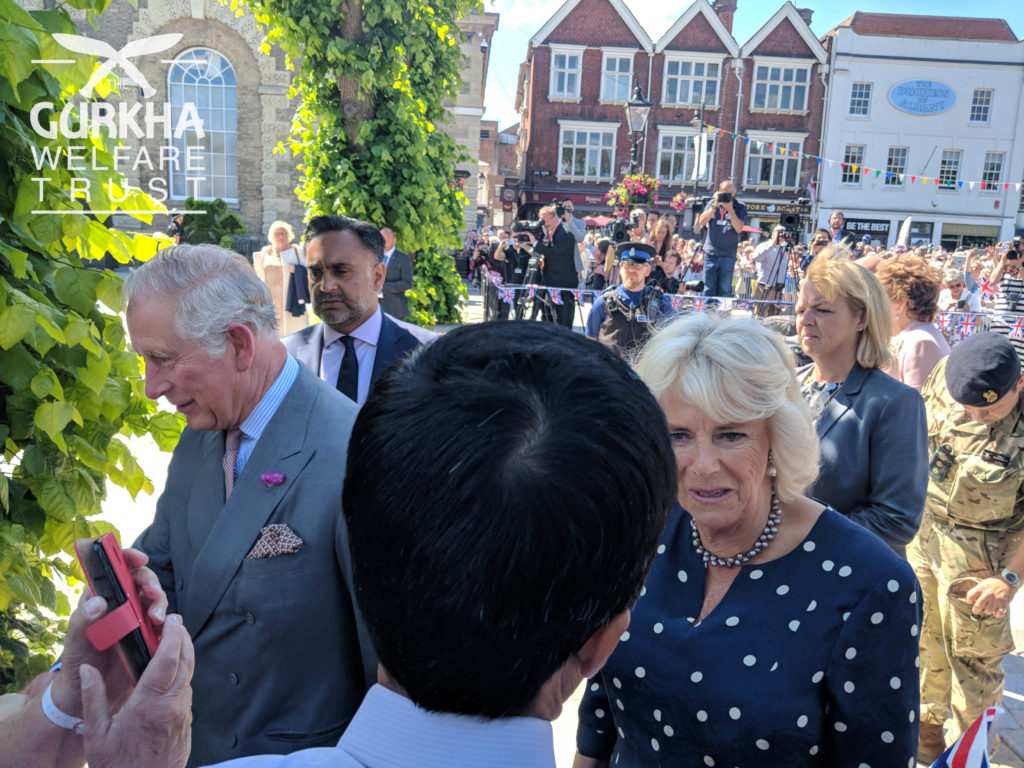 It was a lovely moment, both for the Royal couple and for Bishnu himself, who has done so much to help his fellow Gurkha veterans in Nepal throughout his time with The Gurkha Welfare Trust. 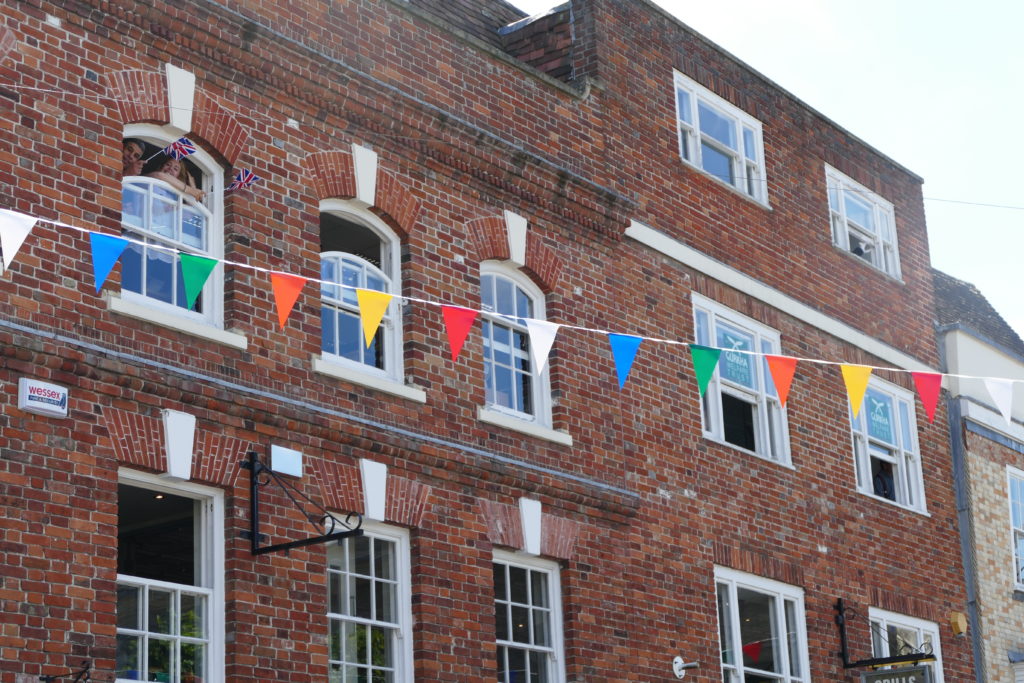