Attending events with Her Majesty 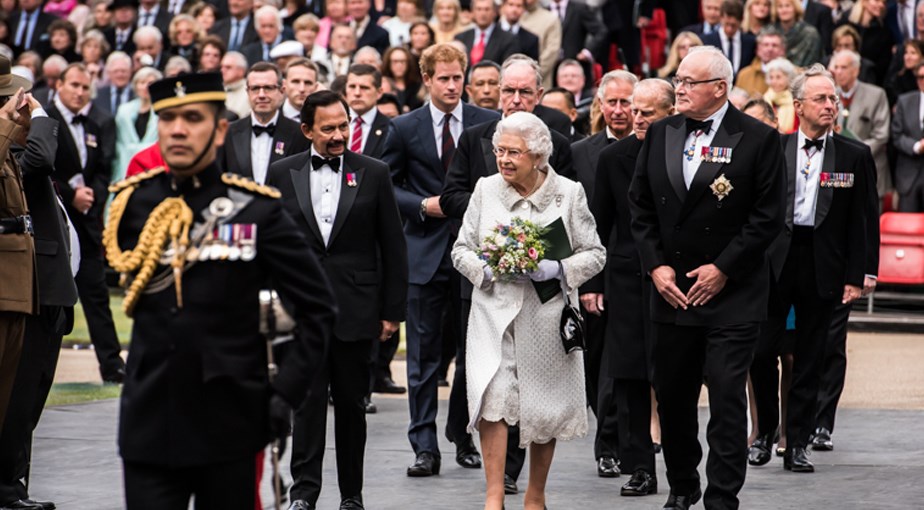 Captain Muktiprasad Gurung – or Mukti to those who know him – joined the Gurkhas as a young man in 1992 at the recruiting centre in Pokhara, Nepal.After completing recruit training in Hong Kong he joined the 7th Duke of Edinburgh’s Own Gurkha Rifles as a Rifleman. When the old regiments merged to form The Royal Gurkha Rifles in 1994, Mukti transferred to the 1st Battalion (1RGR) in the UK.

In over 24 years of service with 1RGR Mukti has served all over the world, in Afghanistan, Australia, Belize, Bosnia, Brunei, Canada, Congo, Falkland Islands, Hong Kong, Kosovo, Kenya and Oman.

He is married to Sara and has one son and one daughter. When he’s not working, he enjoys playing a lot of sports, particularly golf, football and basketball. 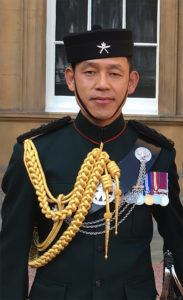 In July 2015, Mukti was selected to become one of the Queen’s Gurkha Orderly Officers (QGOO) – a prestigious position in the Brigade of Gurkhas. The ceremonial one-year appointment was introduced by Queen Elizabeth in 1954, commanding that two Gurkha Officers should be nominated annually and requiring them to attend the Queen at official functions

With Mukti’s time as a QGOO coming to an end in July, we caught up with him to hear more about the role.

What does your current role entail?

Mainly attendance at State occasions and ceremonial events to represent the Gurkhas to the public and the wider Army. My day-to-day desk job involves planning, coordinating and executing Brigade Week and other Brigade level events.

What has been the best thing about your current role?

My current job is prestigious in many ways. It’s always my pleasure to be working with HM The Queen and other Royals, attending every investiture and many ceremonial occasions.

Aside from these, one of my most satisfying roles is playing a part in Gurkha Welfare Trust events – our own charity that supports our veterans and their families back home – with its many generous supporters.

I’m being promoted to Major soon so I’m heading back to my Battalion (1RGR) in Brunei this summer. After that, I’m hoping to either take command of a Sub Unit or become Gurkha Major of 1RGR.

Previous The people behind our water projects 23rd May 2016
Next An Olympic Legacy: Remembering James Bond 25th May 2016
Donate Today