Look back: Prince Harry reunites with a Gurkha hero

Back in 2016, Prince Harry, who served with Gurkhas during his tour of Afghanistan, visited some of our earthquake response projects during his trip to Nepal.

Whilst in Nepal we were able to reunite HRH Prince Harry with our very own team member and retired Gurkha Major, Bishnu Pun. Bishnu formerly served as an Orderly at The Prince of Wales’ household and in 1991 hosted a young Prince Harry during his father’s visit to the 2nd Gurkha Rifles. Harry and Bishnu are pictured then, and in 2016. 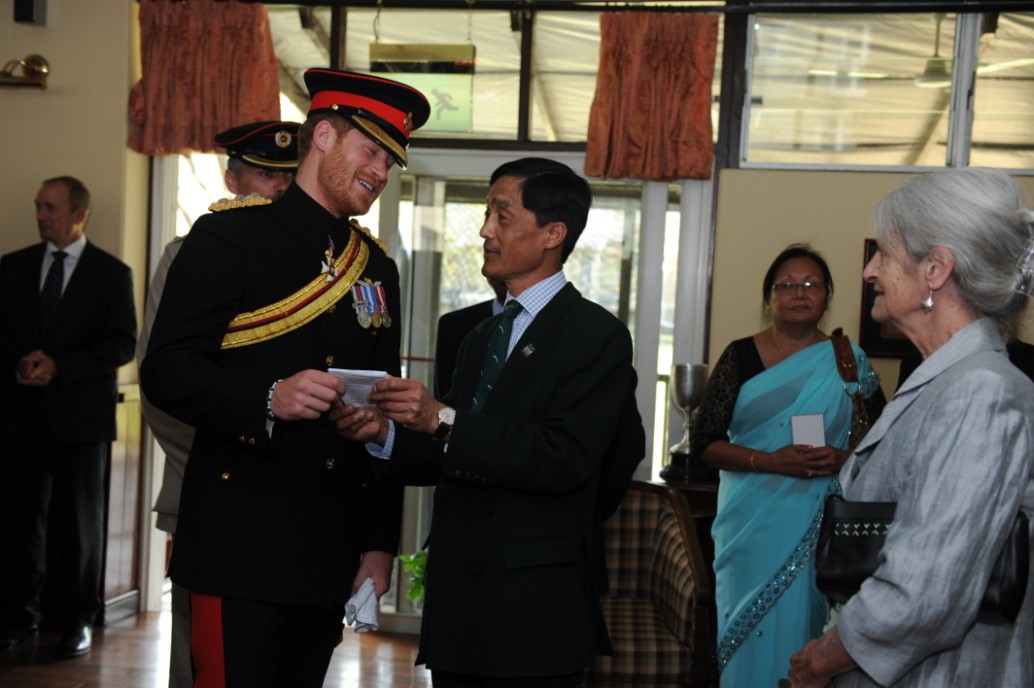 Bishnu said “I met Prince Harry 26 years ago when the Prince of Wales was Colonel-in-Chief of our regiment, the 2nd Gurkhas.

“We were stationed out in the UK on Salisbury Plain and on the last day of the training exercise he paid us a visit. And because Prince Harry had an interest in all things military and tanks and things, Prince Charles brought him along.

“I was asked to chaperone him for the day and the regiment had made him a mini kukri, mini uniform and mini walking stick. He had a great time, and so did I.”

Bishnu showed the prince a picture of their previous encounter when they met. He told the prince: “That was me, young and handsome. You were clean shaven then!”

Harry laughed and replied: “I was six years old.”