Helping hand for a loyal friend 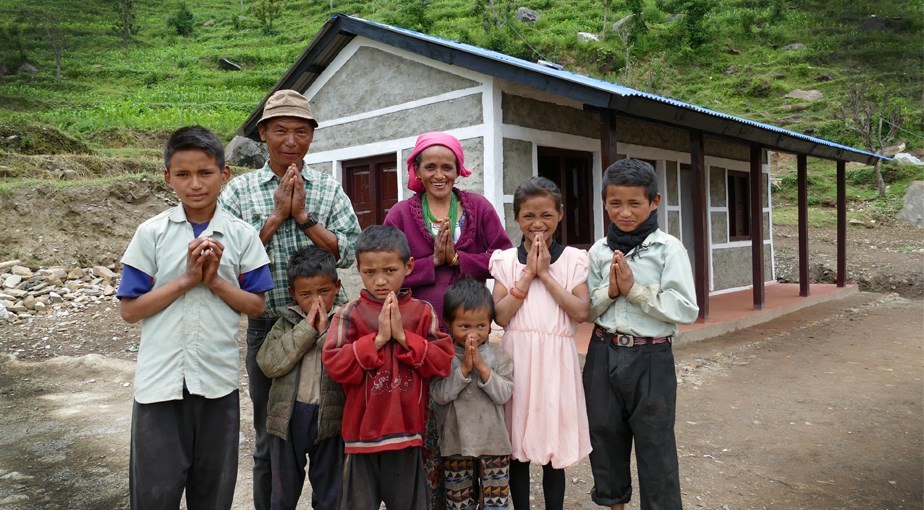 Gyan Bahadur Sunuwar spent 14 dedicated years working in support of Gurkha veterans and their communities. When disaster struck his own family, we were there to ensure he didn’t face it alone.

Gyan started working for us in 1993. At the time, we ran a Welfare Centre on the hill next to his home village and Gyan was pleased to get a job there at the age of 31. Only a few years later, civil war broke out in Nepal and conflict in the hills was the backdrop for the next decade of our work.

“I was an orderly,” Gyan explains.

“We used to go on field trips with the Welfare Officers. We would carry supplies, guide them around the hills, make camp and cook, that kind of thing.”

“We went to visit the Gurkha veterans at their homes to check on their condition. Sometimes we would give them medicine if their health wasn’t good. Back then, we also used to buy land for veterans to help them start farming, so sometimes we would go and look at plots for sale.

Working through the war

“I worked through the whole Maoist insurgency. Occasionally they would stop us and ask for rations. All of them had guns so we would give them a little food.”

“For some time, certain groups would come to our Welfare Centre and ask for a ‘donation’ to their cause. It was the same with the police. They didn’t ask for the charity money but they wanted our wages. After a while we complained that it wasn’t fair and they actually stopped.

“In general, they weren’t too bad. I was never threatened or afraid. They knew that The Gurkha Welfare Trust did a lot of good work in the communities so they didn’t bother us much. I remember the Maoists used to say we had the same job – helping people.”

Impact of the Nepal earthquakes

Gyan married his wife, Kaushila, while working for the The Gurkha Welfare Trust. The couple went on to have a large family of five sons and four daughters. The eldest is now 19 and the youngest only six years old. 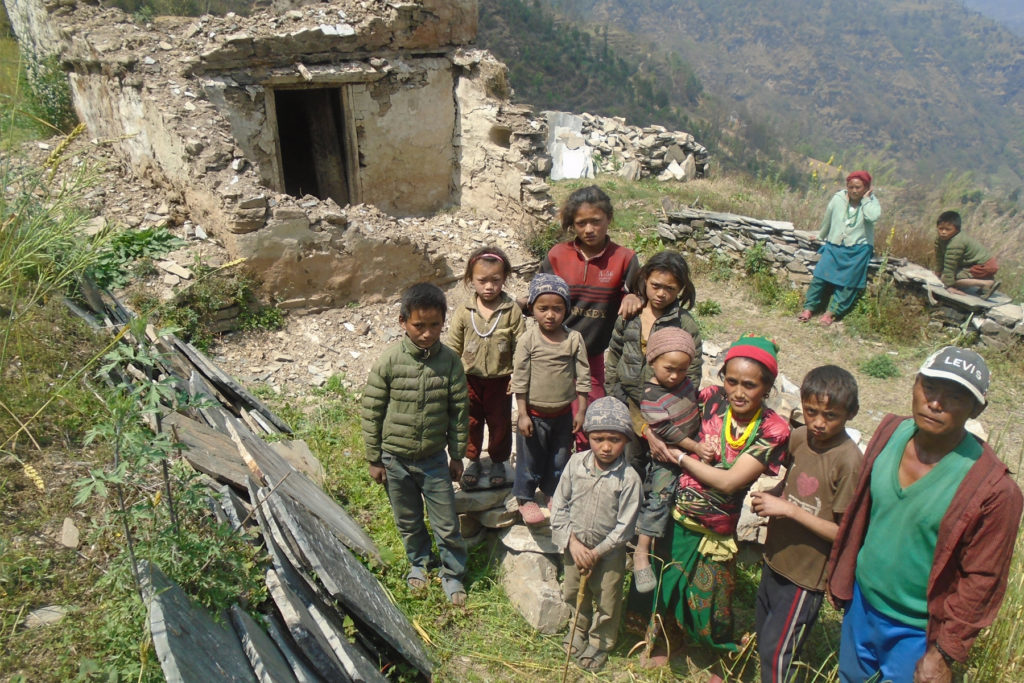 In 2015, they were one of the many Nepali families whose lives were turned upside down by devastating earthquakes. Gyan remembers the day vividly.

“When it came we were all working in the field by the house. I could see dust shaking off it and then it just collapsed. All our food was inside. I felt terrible. I could only wonder where we would stay.”

“We made a temporary shelter and tried to make do. A couple of months later, when the GWT Welfare Officer was visiting the village, I met with him and he saw our house.” 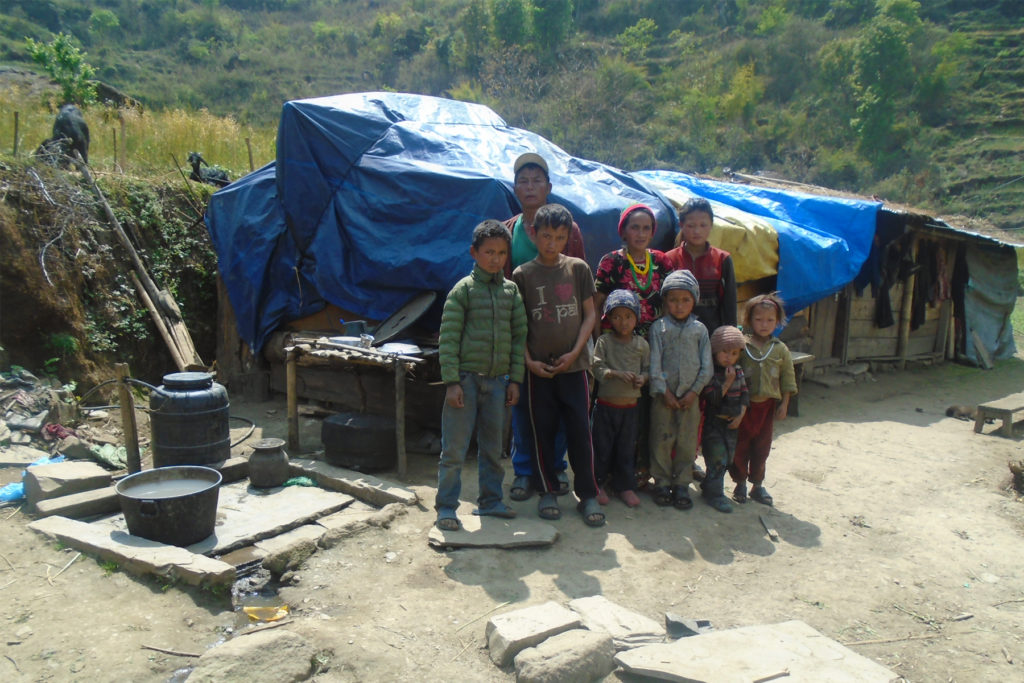 They built a temporary shelter to live in

“He requested the head office to help us because of my time with the charity. When they approved I was so happy! It was finished in February this year. It took some time because we struggled to find wood for the build.

“The house is strong and very well built. My brother also has one that you built – he is a Gurkha veteran. He is receiving your Welfare Pension as well.”

Gyan lives in Bhuji, an area in eastern Nepal that has received a lot of support from The Gurkha Welfare Trust since the earthquakes, including rebuilding the local school and water system. He is grateful for the aid we’ve given to his community.

“I want to make sure all the children have a good education but it is difficult here. They now go to the school you have built. All of my sons and two daughters are studying there. We’re very happy they can get an education. 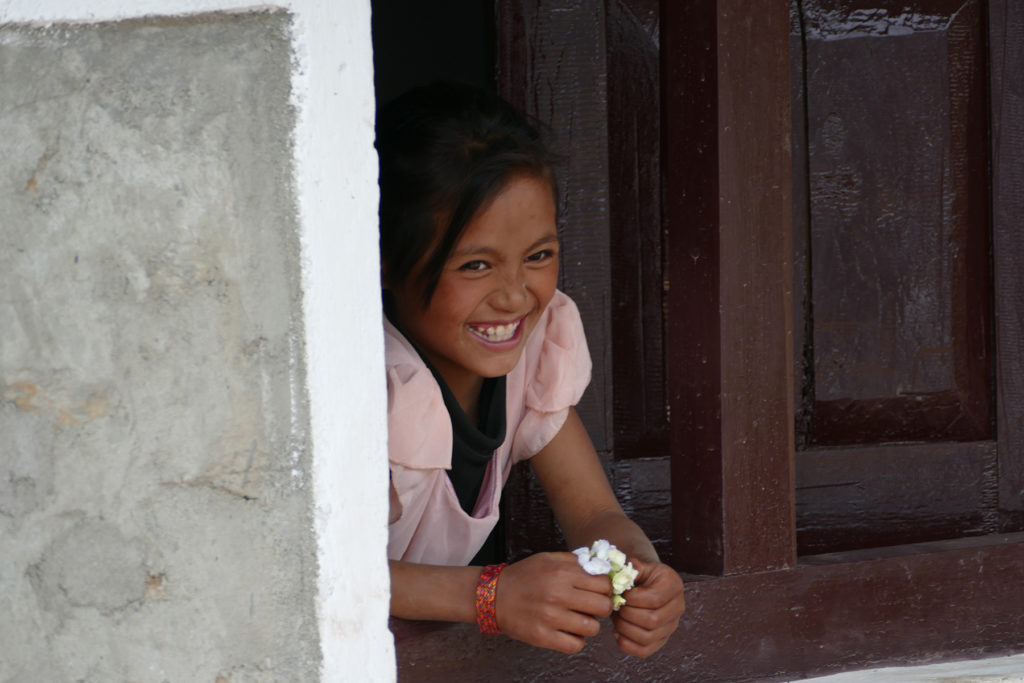 The new house was finished in February this year

“We’ve also been told that there will be another water project for this part of the village in the near future. It is very good news, I’m looking forward to having this where I live.”

“Thank you very, very much to everyone who has supported this charity. We send you many blessings.”