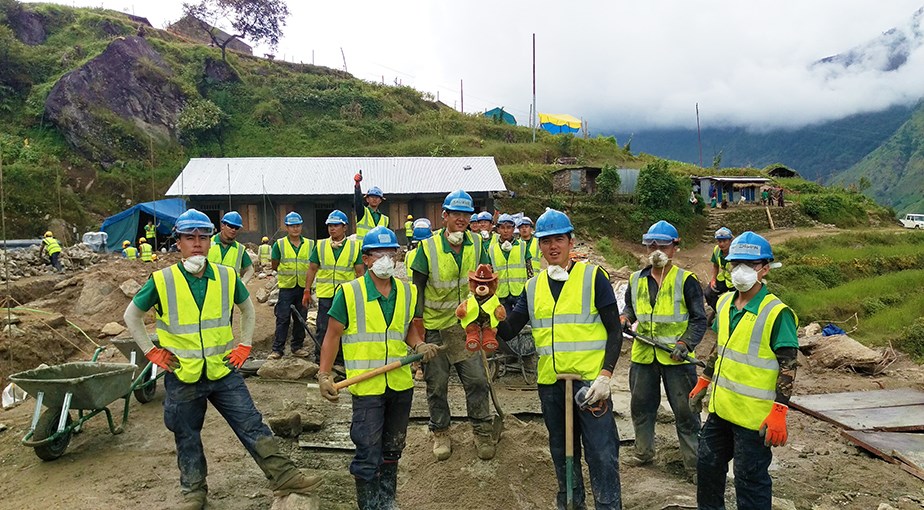 Since last year’s earthquakes, we’ve been fortunate to have specialist Gurkha troops supporting our response. This month, they’ve finally completed their mission.

The last soldier has pulled out of a construction site deep in Lamjung District in the Himalayan foothills. Since September 2016, a team of around 90 soldiers has been rebuilding a school and several Gurkha pensioners’ homes in the area.

When the British Government decided to send some of its Gurkha soldiers back to help their homeland in its hour of need, we were delighted to receive their support.

After deploying to help with immediate relief efforts, their emphasis soon turned to reconstruction. The mission was known as Operation MARMAT, which means ‘rebuild’ in Nepali.

For the last 18 months, apart from breaks imposed by the monsoon seasons, troops have been in place supporting our long-term response for Gurkha veterans, their families and wider communities.

The Brigade and the Trust

The Trust is the official charity partner of the Brigade of Gurkhas and we have close links both in Nepal and the UK. For us as a charity, this was an ideal way to add experience and momentum to our efforts as we faced the overwhelming challenge ahead. 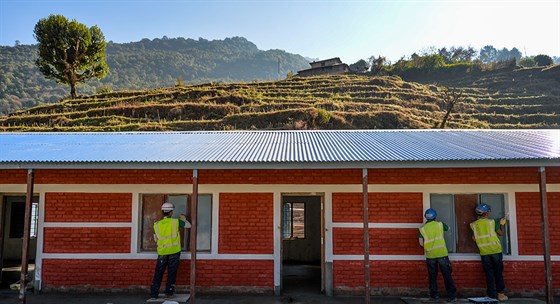 John White, who directs our earthquake response, said: “Op MARMAT offers a true Rolls Royce solution. The work they’ve carried out serves as an example to all of our other construction teams working in the hills and they’ve been generous in sharing their expertise with our own staff and local labourers.

“The Brigade of Gurkhas brought a huge boost to our response over the last 18 months, from bolstering the immediate relief effort to giving real impetus to our rebuilding work.”

It’s a fitting way to support Nepal after 200 years of friendship.

Sergeant Major Birendra Kambang, who has over 20 years’ experience in the Queen’s Gurkha Engineers including seven tours of Iraq and Afghanistan, is preparing to return to the UK after his second stint with Op MARMAT.

Talking about the latest school build, Birendra said: “We arrived in the tail end of a long monsoon, which made the initial construction work especially challenging.

“The guys showed real resilience to get through those early weeks when many locals were away celebrating the major Nepali festivals. They worked incredibly hard because they wanted to complete the mission before they left.

“Now it’s over they have a real sense of achievement. To start from scratch and leave behind something that the children will use for many years to come – the guys can be very proud of what they’ve done.”

Experts predict that further earthquakes are likely to occur in Nepal, a risk that was highlighted by a 5.6 magnitude tremor last month. In light of this, the need for quality, quake-resistant construction is pressing.

Our work goes on, but we can reflect on a successful mission from this committed group of soldiers who have made an enormous contribution in helping their countrymen.

Watch an update from the head of our earthquake response below or read on for some fun facts and images from the Op MARMAT mission.

From September to December 2016: