We asked a Gurkha widow how we’ve helped her

We recently sat down with Aita Siri, a Gurkha widow who has lived at our Residential Home in Pokhara, Kaski since June 2014 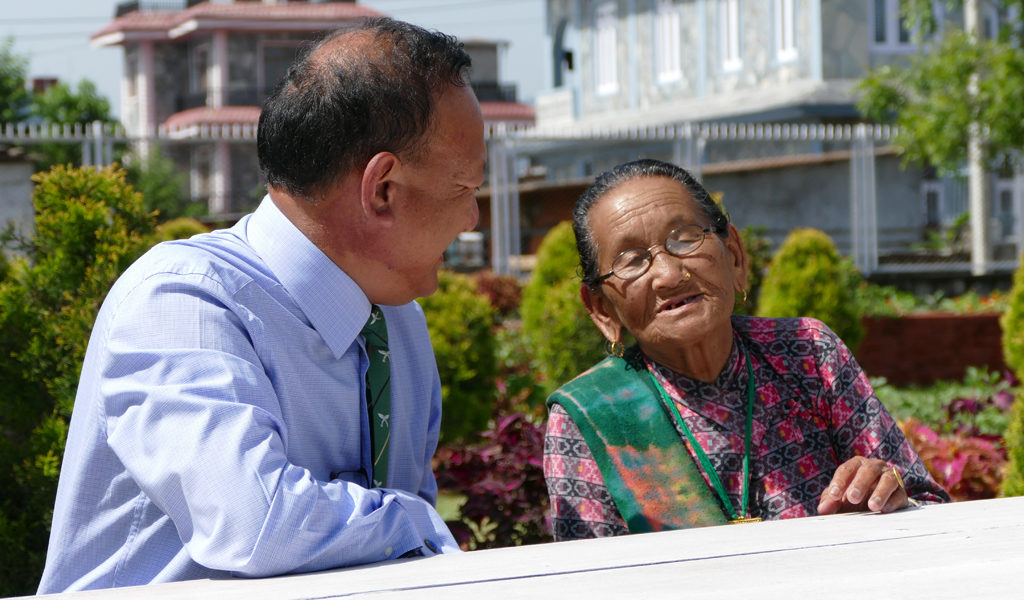 We recently sat down with Gurkha widow Aita Siri

A shy woman who has a habit of hiding her mouth with her hand while she speaks, she is also an incredibly warm character with a ready smile. Many of the home’s visitors have left with a gift of a handmade gundri – a woven mat used as a seat – presented to them by Aita Siri. 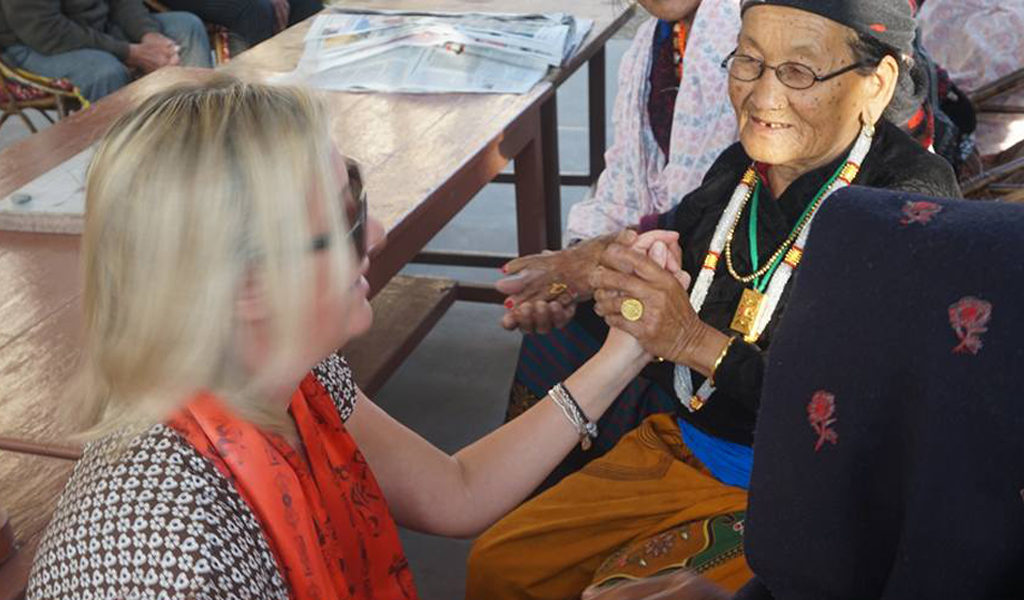 Aita enjoys meeting visitors at our Residential Home in Kaski

The widow was once married to a Gurkha veteran who fought the Japanese in Burma during World War Two. After the war, Rifleman Bishnu Bahadur Gurung returned to their shared ancestral village home of Thansing. Soon after, he married Aita Siri and the couple led a typical existence.

“Life in Thansing was farming,” she says. “We would collect wood and grass from the jungle, fetch water, look after the crops. It used to be an hour’s walk to collect water but GWT built a water project there a few years ago which made it much easier. Our village was very happy with that.”

In 1973, Bishnu sadly passed away, leaving Aita Siri alone with their son and three daughters.

“He died while he was working a security job in India. We only received the news a week later. It was a terrible time… I cannot say it in words. The children were still young and it was very difficult. We struggled to get enough food.”

In 1991, she was granted our Welfare Pension. It changed her life

“After we got the pension, life was much easier. We had enough to get by and we could even afford to celebrate festivals.” 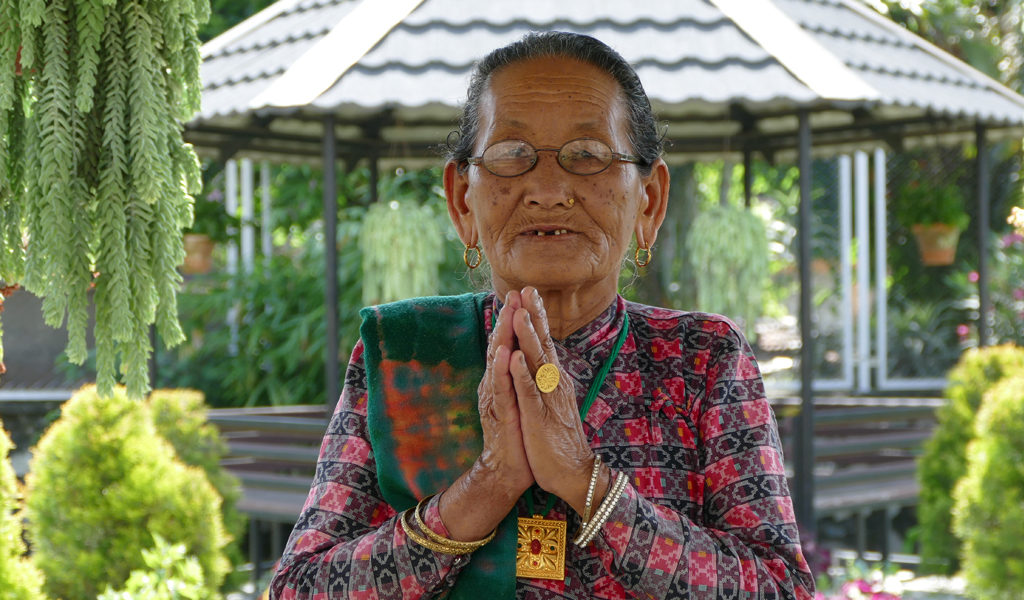 Aita Siri is very thankful to our supporters

As she got older, life became difficult again for the widow. Her daughters had all married and started their lives elsewhere. Her son was taken sick, most likely with malaria, and passed away in 2004. Another son had previously died in infancy. She became depressed.

At the time, Aita Siri lived in an isolated place close to a jungle. Her house burned down in 2007 and was rebuilt by our implementing partner, the Kadoorie Agricultural Aid Association.

“It was hard to live by myself even though my family would come and help. Then the Welfare Officer told me about this Residential Home and I came to see it. I liked what I saw. In Thansing, I was lonely and sometimes I couldn’t even make food if there was no one to help.

“In 2014, I moved down to Pokhara to be at the home. I like it here. There are friends to talk to, good food to eat, a nice room to live in. The staff love us here. They look after us every day. It is also good to have doctors for when we are sick. 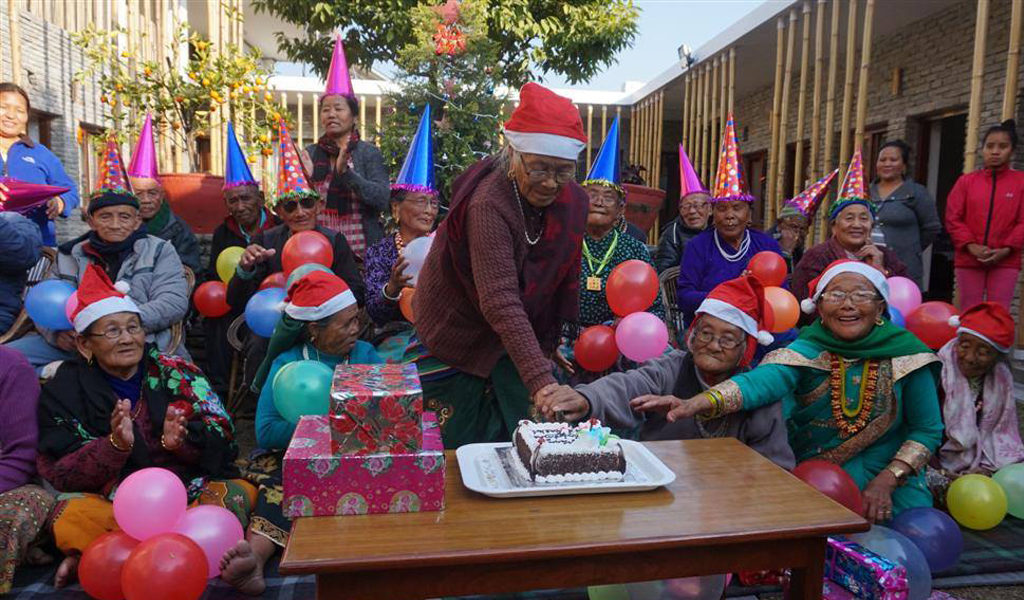 Aita (left) celebrating Christmas with the other residents

“Everything is good here. You cannot say bad about good things.”

At 80 years, Aita Siri is one of the youngest residents at the Kulbir Thapa Residential Home. She is always keen to take part in the group activities.

“I don’t think I’m a good dancer but I enjoy music. I like to sing!”

Aita Siri still sees her relatives regularly, either at the home or occasionally by visiting Thansing. The widow is very grateful for the support she has received.

“I went through a very difficult time after my husband died. When the GWT helped me, my life changed. This home comes from the charity too. I want to thank you.”