We are delighted to announce Captain Purna Limbu who works with us in Nepal has won a prestigious award from Nepal’s President.

Like many other Gurkha soldiers, Purna risked life and limb for the British Army. He served with the Brigade of Gurkhas for 28 years in Hong Kong, Brunei, Cyprus, Norway, Germany, Belize, the Falkland Islands, USA, Canada, Australia , Sierra Leone, Bosnia and Afghanistan.

“I joined the Gurkhas to give my family a better future and to explore the world.”

Towards the end of his career, he worked at Sandhurst, passing on his skills and experience to a new generation of soldiers including, at various points, His Royal Highness Prince Harry and Prince William. 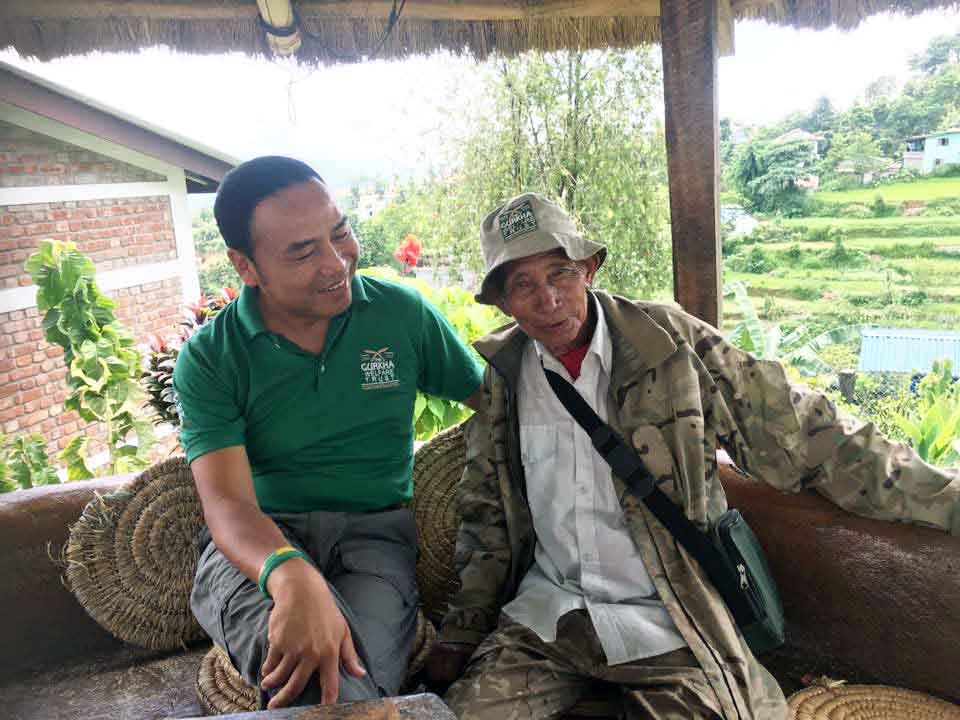 After leaving the Army, Purna immediately joined The Gurkha Welfare Trustin Nepal, where he knew that he could make a difference to those in need. Since then, he has been just as diligent as in his Army days, working as a Welfare Officer in Bhojpur and Khandbari, East Nepal, then a Senior Welfare Officer in Dharan  – one of our busiest locations.

Despite his typically action-packed career as a Gurkha, Purna has always been passionate about social work and community service. In his current work with us, he knows that he has found his calling.

“When I applied, I wasn’t looking at the T&Cs! I’ve always wanted to help people and that’s exactly what we do here a The Gurkha Welfare Trust.”

“The best part of the job is being with our beneficiaries. My heart goes with them.”

Distinguished service to his community

In true Gurkha spirit, Purna goes above and beyond to help those in need. Not only does he work tirelessly in his role with GWT to provide financial, medical and community aid for Gurkha veterans and their families, he also spends his spare time volunteering by building houses for other Nepali people living in poverty.

The award Purna received is called The Prabal Jana Sewa Shree Award for distinguished service to his community. He got the news that he had been selected by the President over the weekend.

The Prabal Jana Sewa Shree Award is one of the highest civilian awards of Nepal. It is awarded to personalities from different walks of life in recognition of their contributions to the country. Purna’s work has been recognised for his personal contribution to help individuals and communities in need.