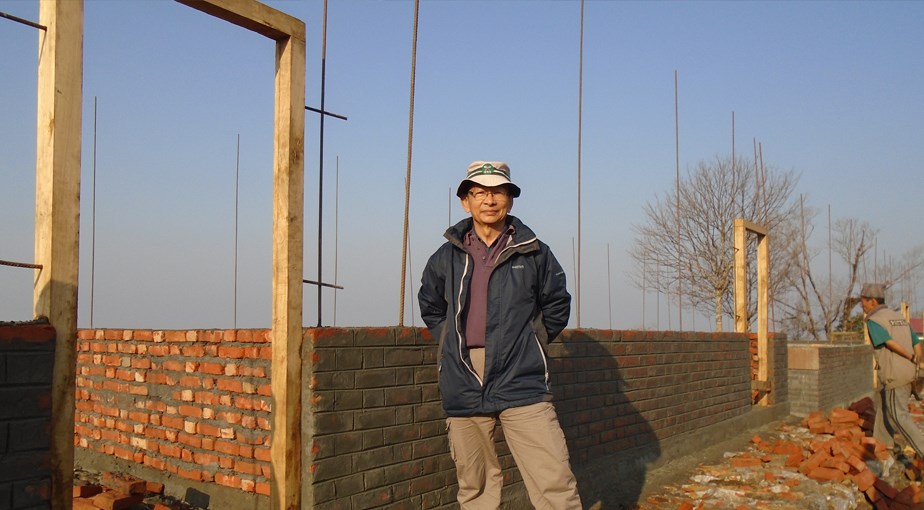 Captain (Retired) Bhaktabahadur Rai previously served as Programme Director of our Rural Water and Sanitation Programme (RWSP) for 11 years. He was awarded an MBE for his services by Prince Harry last month.

How receptive are the people in the communities you serve and what are their reactions to your presence?

Very receptive and very welcoming, we get treated like VIPs; the others (non-GWT beneficiaries) acknowledge our presence.

What is the biggest challenge facing the response currently?

It is a race against time to meet the supporters’ wishes – we can’t get the quantity of local workforce that we’d like for optimum results; the arduous terrain in which we have to operate lead to problems of transportation, and therefore cost. So it has been very difficult to remain within budget generally.

How have the challenges changed from the initial response?

The initial challenge was quick identification and registration of affected houses, and once the response teams were formed, this challenge was met. And then the length of time to obtain government endorsement (up to 3 months in some cases). The challenges now are as mentioned above – 80% completion by the end of this year, and complete 7 new schools, including all the repair projects.

What has been your most motivational moment?

I had occasion to visit my own village in remote Bhojpur District in East Nepal after 34 years since my family had migrated from there. I was there to commission a water project as I was then the Programme Director for RWSP. The earthquake struck and when I saw after the shaking had stopped that not a single house had gone undamaged, I felt that I had to do something to help my villagers. This was my most motivational moment.

What has been the most effective aspect of the response thus far?

And the least effective?

Mobility. I would like us to have a better mobile capability, although the type of terrain we have to operate in does not help. We’ve also purchased additional vehicles and recruited new staff to expand our options.