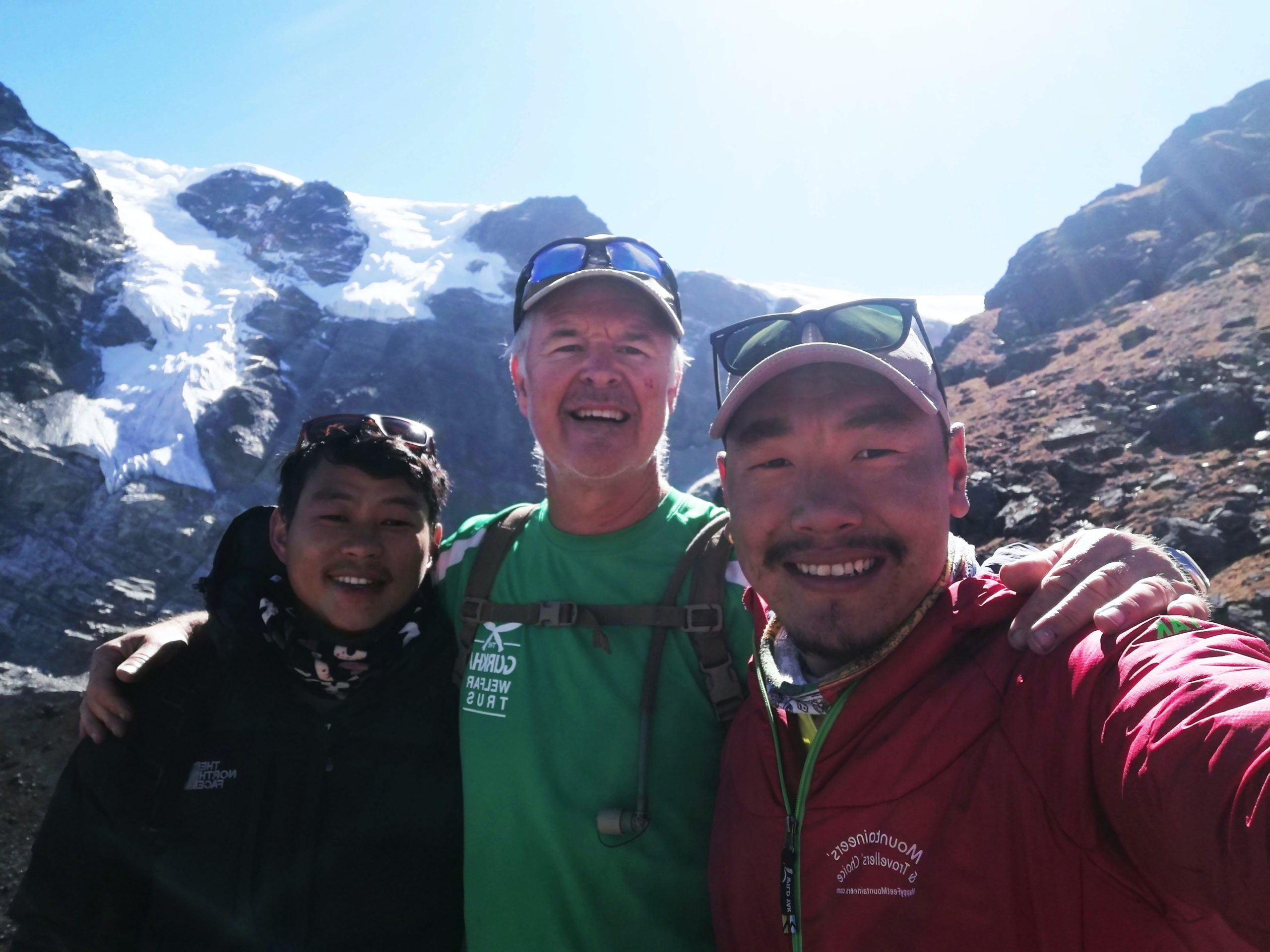 Andrew Bentham’s mission to reach the summit of Mera Peak was inspired by a trek three years earlier, when he and his friends hiked to Everest Basecamp. Uplifted by the vistas and the accomplishment of reaching an altitude of over 5,000 metres, he decided he would return to take on Nepal’s highest trekking peak.

To complement this monumental challenge, Andrew wanted to raise money for a good cause, and could think of no better match than The Gurkha Welfare Trust. As a veteran himself, he has always been aware of the Gurkhas’ bravery and skill.

“As a teenager I heard stories of how the Gurkhas were resilient, robust, and resourceful,” Andrew said. “The reason why I chose The Gurkha Welfare Trust was because I wanted to do something for the people of Nepal…the veterans, the widows, the families.”

Preparing for the challenge

To train for the expedition, Andrew took part in many events in the UK including the 26-mile Allendale Challenge, the 30-mile Durham Dales Challenge, and tackling 108 Wainwrights in the Lake District. He also walked 106 miles of the White Horse Trail in six days, and hiked to the top of Snowdon twice.

“When I was training, there was no way I could replicate the altitude of Mera Peak,” Andrew said. “All I could do was make sure I was physically fit enough to achieve the goal of getting to the top of Mera Peak.”

After two long years of training, Andrew finally arrived in Nepal in October 2021, having postponed his trip due to Covid-19 travel restrictions. “It was an uplifting feeling to be back in Nepal,” he said. 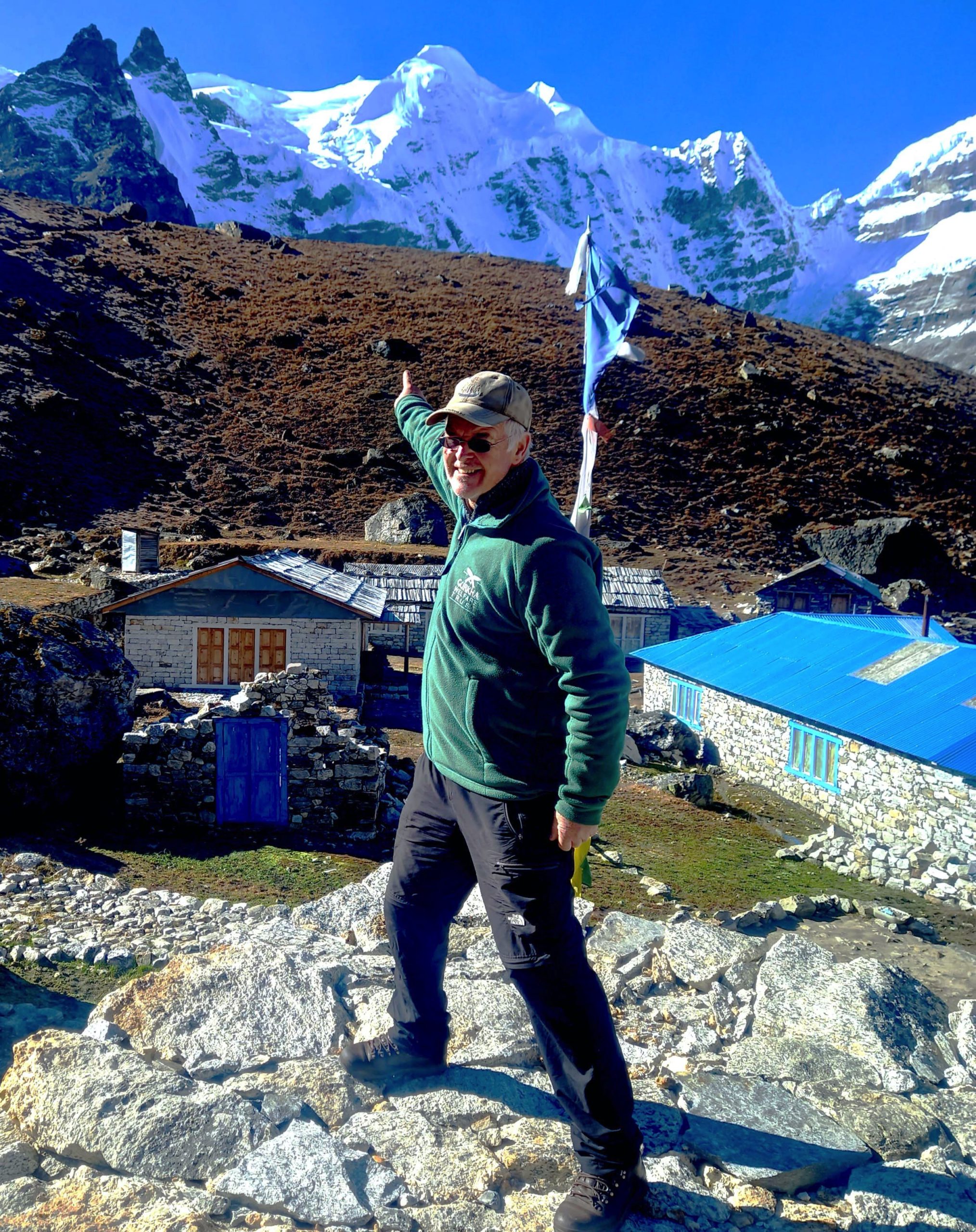 Andrew’s trek to Mera Peak was solo assisted, meaning he hiked with only a mountain guide and a porter by his side.

Conditions were favourable during the climb with clear blue skies, but Andrew said one of the more challenging aspects was the hot sun overhead. After a tough 10-day trek attaining an altitude of 6,150 metres, he was elated to reach the south peak of the mountain. 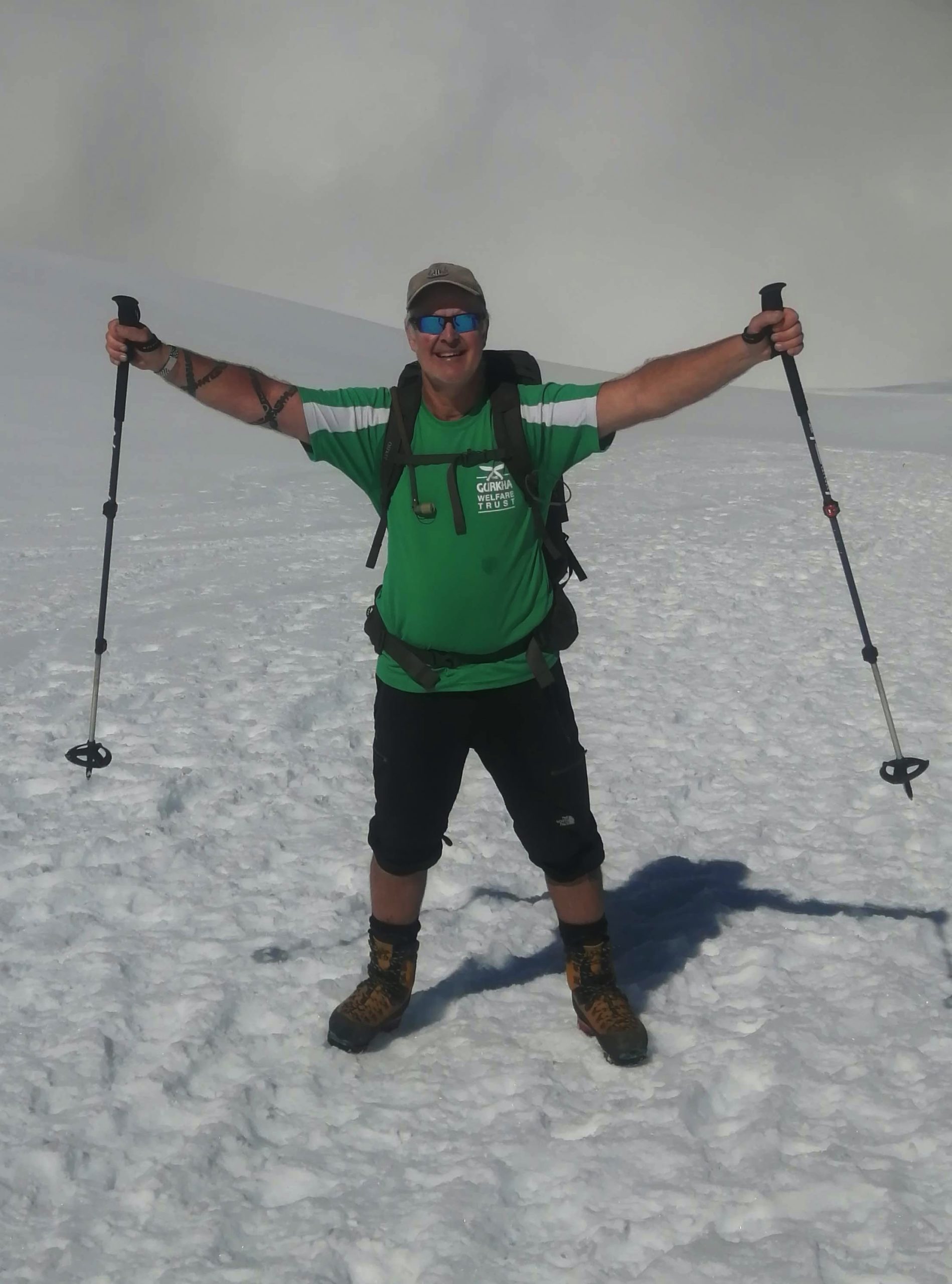 Conquering the challenge of Mera Peak was thrilling, but even more exciting was the tremendous support Andrew received along the way. To date, he has raised £3,477 for the GWT.

“To say ‘thank you’ is not enough, but it’s all I can really give,” he said. “So many people were so generous with what they donated over these two years. I knew that the funds these people were raising went directly to helping the lives of people in Nepal. It’s been a fantastic experience.”