Chris Tarrant on “the finest soldiers” 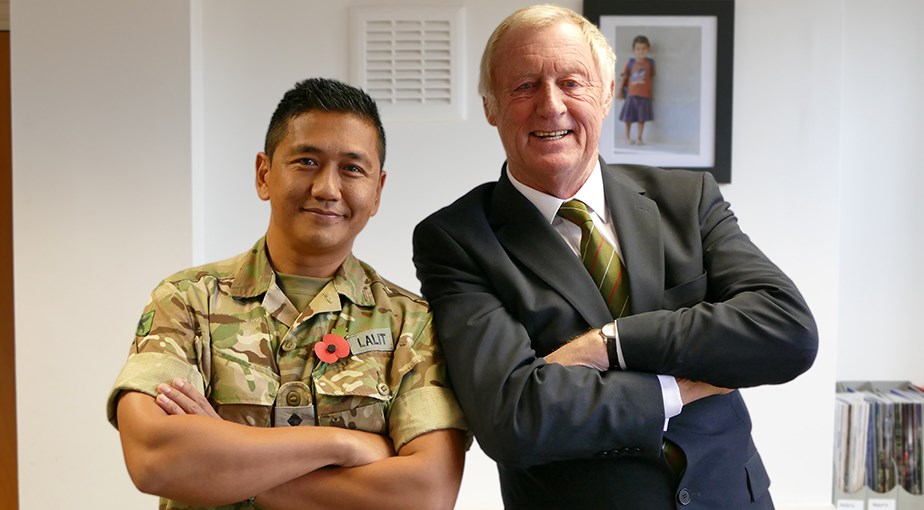 Chris Tarrant OBE and Derek Brown OBE, the Mayor of Salisbury, were among supporters attending an open day at our Salisbury headquarters this week.

As part of a celebration of the recent festivals of Dashain and Tihar, guests enjoyed a presentation from Captain Lalit Gurung of The Royal Gurkha Rifles, who currently holds the prestigious position of Queen’s Gurkha Orderly Officer.

With Remembrance Day approaching, Captain Gurung reminded attendees of the Gurkhas’ significant contribution to the British Army for the past 200 years. During the World Wars alone, the Gurkhas suffered over 43,000 casualties.

Chris Tarrant, whose father served in the Wiltshire Regiment, said: “My father fought from Dunkirk to D-Day and he always told me that the Gurkhas were the bravest and finest soldiers he ever saw. It is a pleasure to learn more about their history.” 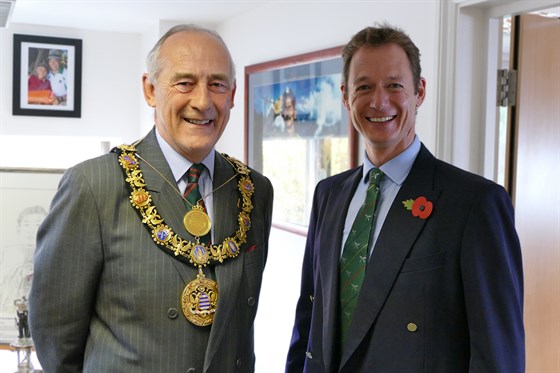 Guests today were also reminded of those Gurkha soldiers who are now struggling to survive in their homeland of Nepal: around 1,200 Gurkha veterans and widows lost their homes during the devastating earthquakes in 2015.

We’ve already rebuilt around 600 of these homes as part of our earthquake response, with the remaining half to be completed by mid-2017.

Derek Brown commended our efforts, adding: “The Trust’s response since last year’s disaster has been outstanding. We must also not forget the extensive support they provide for Gurkha veterans year in, year out.