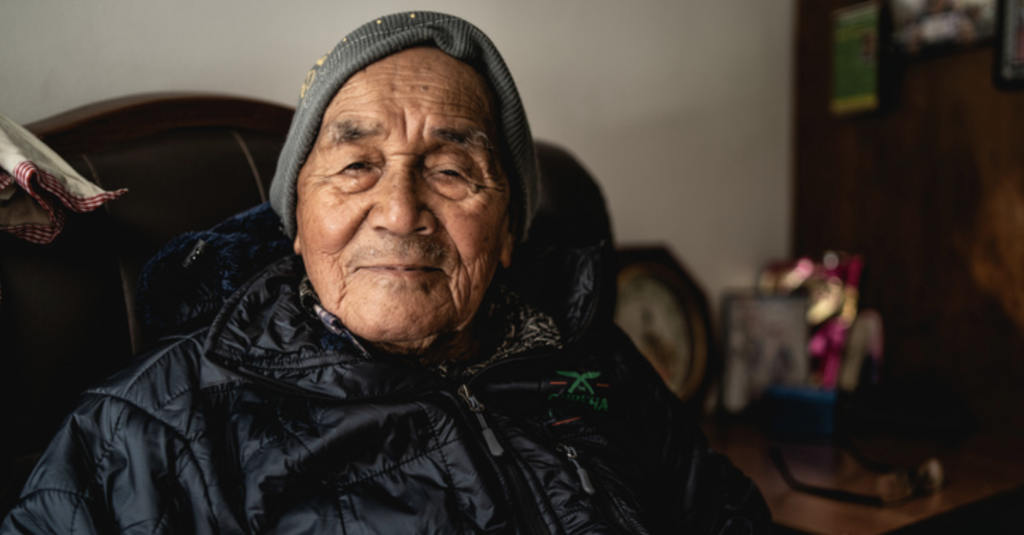 You may have seen the recent appeal we launched in tribute to the late Rifleman Manbahadur Ghimire. The centenarian passed away earlier this year at our Residential Home in Dharan, east Nepal. Manbahadur’s legacy lives on at the Home where staff and residents alike continue to celebrate his life.

To the west of Nepal, our Residential Home in Pokhara sadly also suffered a loss this week. Chamar Bahadur Gurung had recently celebrated his 100th birthday. The World War Two veteran and former Japanese Prisoner of War had lived at the Home for the last ten years.

Chamar’s passing makes our appeal even more poignant. These brave men gave their all fighting alongside Britain. It is essential that we repay the enormous debt of honour we owe Gurkha veterans.

You can donate to our appeal to support Gurkha veterans here.

Chamar was born in Singdi, Lamjung in 1921, and was the middle child of three. He spent his days taking care of the family’s animals as there was no village school.

He joined the Gurkhas in 1940 and within a year he was deployed to Ipoh, Malaysia.

Chamar was involved in active fighting against the Japanese and often recounted that he was saved by his helmet when three bullets just missed his head during one skirmish. Unfortunately, many of his friends were not as lucky, and there were many casualties.

When in Singapore, during heavy fighting, Chamar and his comrades staked out in a tunnel for almost five days. Unable to escape they were eventually captured by Japanese soldiers. Their weapons removed and they were taken to a Prisoner of War camp. As prisoners they had to endure hard work transporting coal on trains. During this time, the Gurkha soldiers were all asked if they would help the Japanese but all of them refused and said, “no, we would rather be killed”.

Chamar remained in camp, living in incredibly difficult conditions for over three years and was only released when the War ended. Chamar said that World War Two and losing his friends was the saddest period of his life.

The end of the War – returning to Nepal 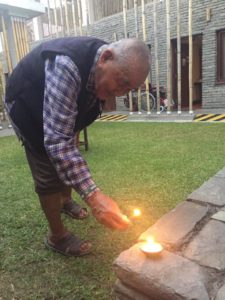 Having lived through that, Chamar was still only 22 years-old when he returned to his village in Nepal. Though he wanted to remain in the Army and make it a career, his father would not allow it, especially after his brother was sadly killed in action. Instead, he stayed in the village and married.

Chamar leaves behind one son, five daughters and 11 grandchildren. An incredibly generous man, Chamar had received a large sum of money in 2006 relating to his time in the Army, which he used to repay a loan his son had incurred in 1988 and gave the remaining amount to his other children, keeping none for himself.

Described by his friends and staff at the Home as a ‘gentle’ and wise man who enjoyed watching TV, listening to the radio and playing cards in his later years.

In a recent interview with our staff in the Home, Chamar said:

“Dhaateka kura kaatera jaanchha, taaleko luga phaatera jaancha – You should live a life of honesty. Lies will catch up to you, the same way torn clothes even after being sewn will tear.”

May he rest in peace.

Previous Talking to Tom: How tablets are enriching the lives of our Gurkha veterans and widows 9th June 2020
Next Our year in review 21st January 2021
Donate Today