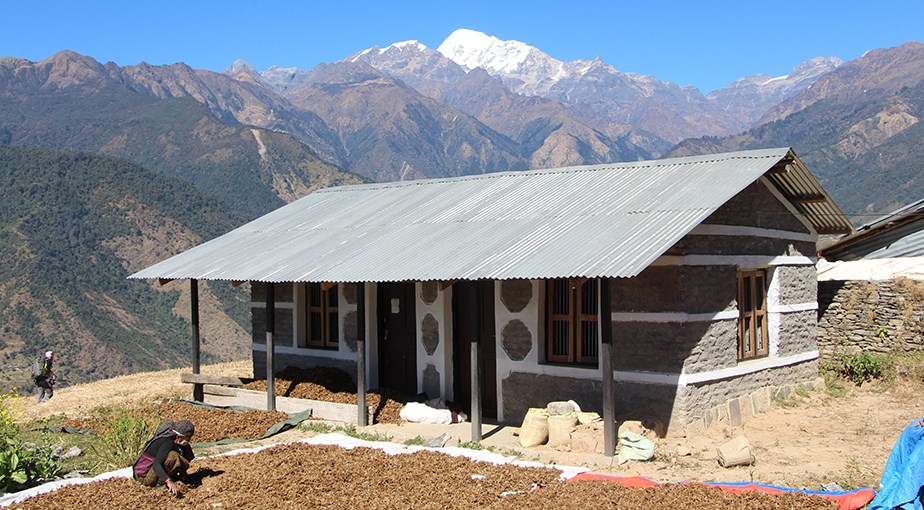 We’re delighted to report that over half of the Gurkha pensioners who lost their homes last year are now in new, quake-resistant accommodation.

Thanks to your support, that means more than 600 veterans or widows are out of temporary shelters and will spend the coming winter in permanent housing.

This time of year is our window of opportunity for building work in Nepal – in between the monsoon seasons – so we’re making the most of it. A further 300 homes are already under construction and we hope to reach the three quarter mark of 800 homes built by the New Year.

In total, we’re committed to rebuilding all of the 1,200 Gurkha homes that were destroyed in the earthquakes by the end of June 2017, in time for the next monsoon. Find out more about our home rebuilding programme or support our earthquake response today.

Life at the epicentre

Barpak village suffered the full effects of the massive earthquake in April 2015 – it was right at the heart of the tremor. This clip, taken by one of our field staff in the days after the quake, shows the level of destruction.

Since then, the people of Barpak have worked hard to rise from the rubble, including the 26 Gurkha veterans and widows living in the town. We finished building the last of their new homes this summer, and went back this month to see a glimpse of life after the earthquake. 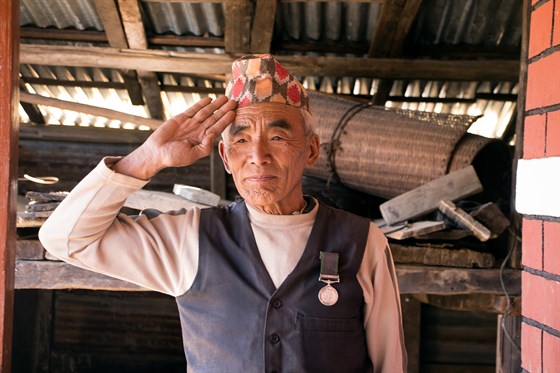 Among those to benefit from our support were Rifleman Baldhan Ghale and his wife Budhini.

Baldhan served in the 2nd Gurkha Rifles from 1960-68, including several years of action during the Borneo Confrontation. His military discharge forms praise his “exemplary conduct” and also notes his keen attitude for sports, with a special mention for his ability in the javelin.

“I was sent to Sarawak and stayed there for a few years. We sometimes returned to base camp for leave. The Sarawak area was huge and we spent most of our time patrolling the jungle and carrying out ambushes.”

On returning from service, Baldhan returned to a life of subsistence farming in his home village of Barpak. The couple, both in their 70s, have lived alone since their daughters married and moved away. They’ve received our Welfare Pension – their only source of income – since 1997.

Budhini describes their experience during the earthquake last April: “We were right here [by the house]. We’d just had our food, and I didn’t even have time to put on my shawl. We were both chatting. And then everything shook from side to side. We couldn’t stand because of the shaking and everyone ran here and there in panic.”

Tucked away in a sidestreet, the couple’s house was completely destroyed. Fortunately, we were able to provide them with various support over the following months.

“We were given a lot of help. Firstly, we were given blankets and cooking utensils and 3,000 rupees in cash. Later, we were also given hardware items to construct a temporary, where we were still living until very recently.

We would like to thank you from the bottom of our hearts. To build a house like this for people like us, who wouldn’t even be able to build a small hut, is no small matter.

“We have been visited by your doctors who are coming on a regular basis and we have been given medicine when we visit the Welfare Centre. The support we’ve been given is fantastic.”