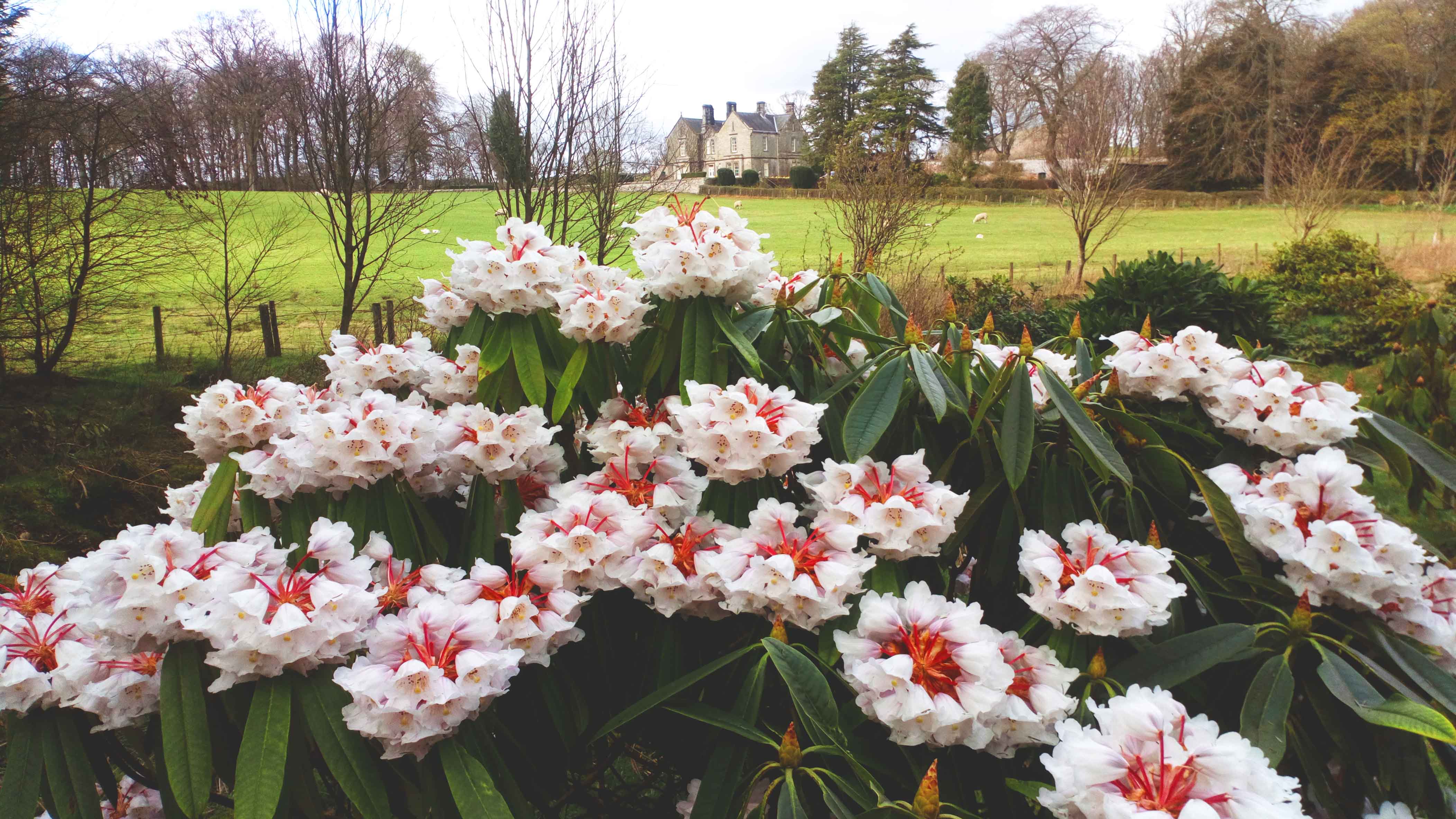 We are delighted that the gardens of Carrycoats Hall are being opened in aid of The Gurkha Welfare Trust for the third time.

Inspired by the rhodendendrons and azaleas that they have seen on their visits to Nepal, David and Eileen Burn have planted many of their favourite specimens in their gardens and woodlands at Carrycoats Hall.  On Sunday 26th May they will be opening these gardens to the public from 2 till 5pm to raise funds for the Gurkha Welfare Trust.  Their support for the GWT began over 20 years ago when Eileen’s son, Jack Witts, was helped greatly by the Trust when he worked in Nepal.  Jack’s daughter, Aoise, now has plans to follow in her father’s footsteps to that country on a school field trip next year.  She says:

“I have always had an awareness of and interest in Nepal, as my dad spent six months there in his early 20s, and often tells us stories about it. So, when the opportunity arose to go there myself on a school trip, I was immediately very keen. The trip takes place in October 2020, and is being organised by an agency called Global Action in conjunction with the Edinburgh Academy, where I am a pupil. We shall spend time in Kathmandu, learning about Nepalese culture and history, before travelling to Pokhara. Whilst in the Pokhara region, we will take part in a poverty reduction project and cultural exchange at a village school. We will also be visiting The Gurkha Welfare Trust HQ in Pokhara, which I am looking forward to for personal reasons.

When my dad had just arrived to teach at a school in a small hill village he became very ill and had to be airlifted to hospital in Kathmandhu.  As he began to recover he was cared for by a Gurkha office, Lt Col Ombahadur Chhetri, and his wife at their home in Pokhara until he was well enough to return to his teaching job.  When my grandparents asked what they could do to show their appreciation, Om’s reply was “please support the work of The Gurkha Welfare Trust”. This year’s garden opening at Carrycoats is a continuation of that support.”

The Open Garden will take place on Sunday 26 May from 2pm to 5pm.

An entry fee of £5 per person is payable on the gate.