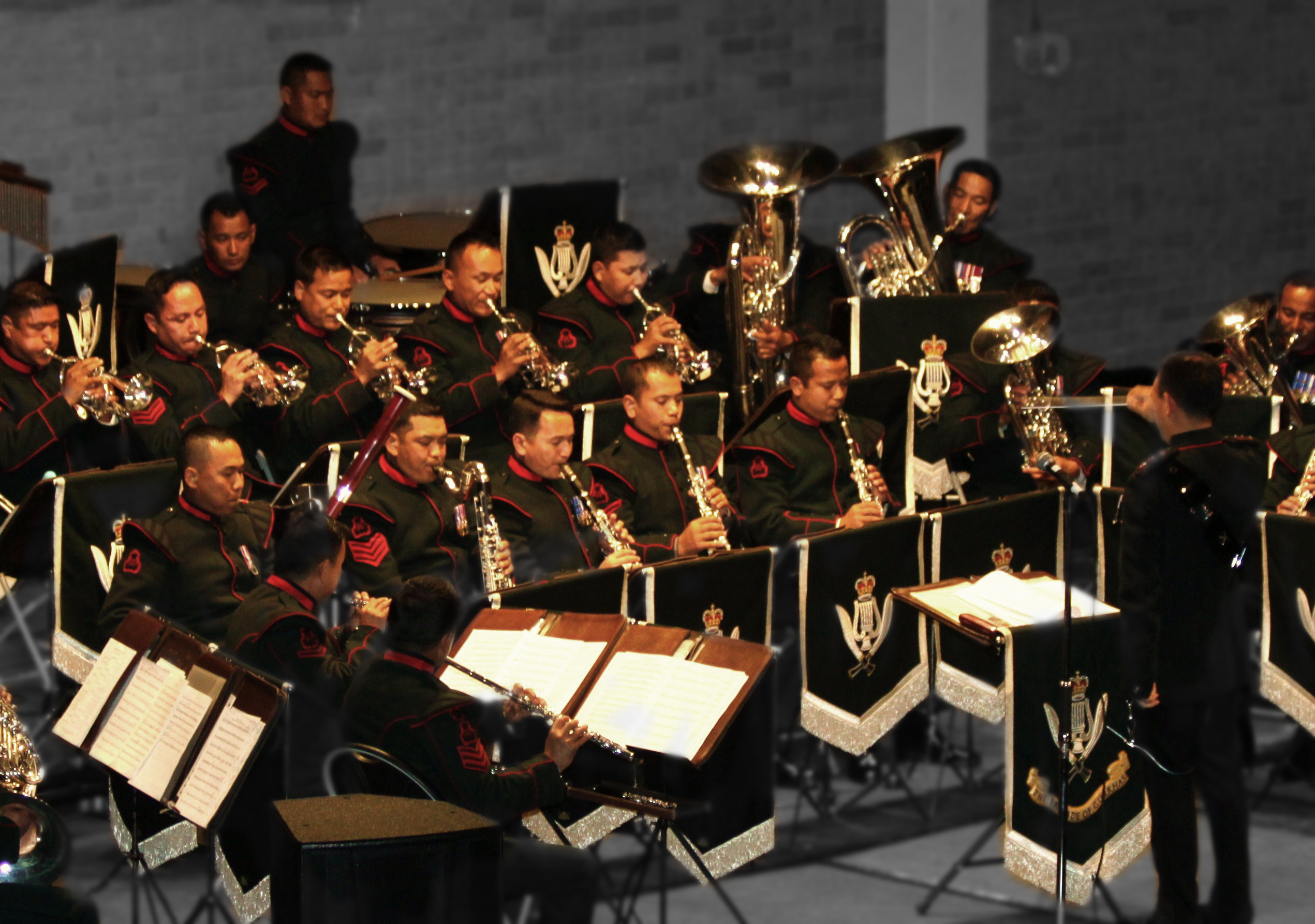 Commemorate the 100th Anniversary of the end of World War One

This is not just a concert.  It is a ‘Last night of the Proms – Gurkha style’ finishing with ‘Land of Hope and Glory’ as a grand finale.

The Concert by the Band of the Brigade of Gurkhas will be held on 17th November in the Dolphin Centre, Darlington.  This date is within a week of the 100th Anniversary of the end of WW1, a highly significant and historic event which will be commemorated in style.

The Band will be joined by the widely acclaimed Northern Voices Choir and will include many peices of music from the WW1 era, which you can join in if you are in the mood !  It is a night not to be missed.

These are located on the floor of the main sports hall. If we were in a theatre, this would be equivalent to stalls.

These are ‘pull out’ bleacher seats towards the back of the venue.